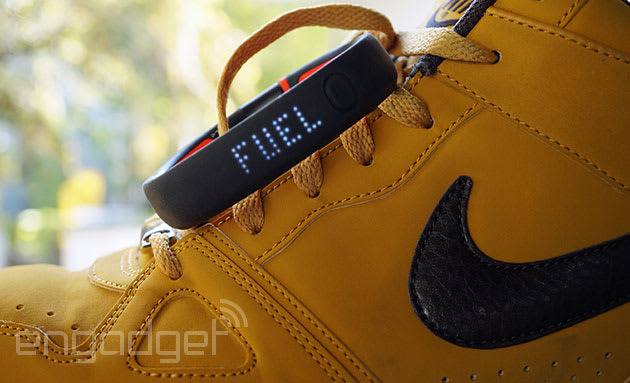 Just a week after a report emerged that Nike could be ending its Fuelband division, CEO Mike Parker confirmed that the company would be focusing more on software rather than just hardware. In an interview with CNBC, Parker said, "We are focusing more on the software side of the experience [...] It'll be integrated into other products that we create." He also appears bullish on the Nike Fuel system, and hopes to increase the number of users on that platform.

As for the fate of the Fuelband itself, he wouldn't comment on its reported demise or the related layoffs. However, he did say that there are currently over 30 million Fuelband customers and he hopes for that number to reach a 100 million, so it seems sales of the wearable won't be ending just yet. When asked about a possible hardware collaboration with Apple, Parker was coy but did say that they're "excited about where that relationship will go forward." He also said "I will say that the relationship between Nike and Apple will continue" and that he was "very excited about what's to come." If this at all points to the possibility of an iWatch, we're sure he won't be the only one.

Via: CNET
Source: CNBC
In this article: apple, fuelband, mikeparker, nike
All products recommended by Engadget are selected by our editorial team, independent of our parent company. Some of our stories include affiliate links. If you buy something through one of these links, we may earn an affiliate commission.