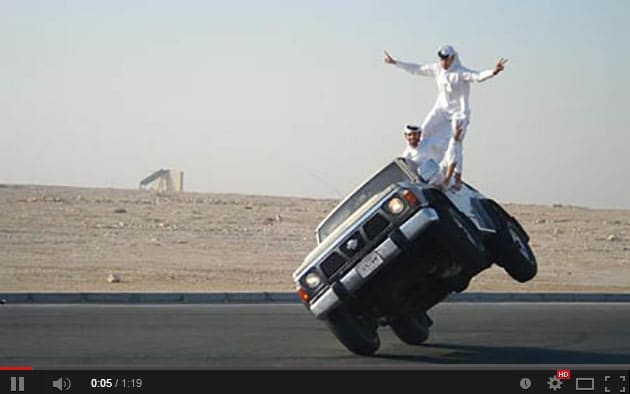 Saudi Arabia's youngish population isn't crazy about local TV, so they've naturally turned to a substitute: YouTube. As a matter of fact, the country features three times the per-capita viewing as the US, to the point that Google reps conducted a roadshow teaching local producers how to make money. But according to the WSJ, authorities there aren't crazy about all that since they have no control over what gets posted on the "broadcast yourself" site. As a result, the kingdom is planning to regulate content produced in the country, with guidelines on alcohol, nudity and of course, wanton "drifting" videos (as shown below). It likely boils down to "security," though, as the nation has previously detained producers critical of the royal family. And that, unfortunately, is a movie we've seen before.

Source: WSJ
In this article: censor, content, google, regulate, SaudiArabia, YouTube
All products recommended by Engadget are selected by our editorial team, independent of our parent company. Some of our stories include affiliate links. If you buy something through one of these links, we may earn an affiliate commission.