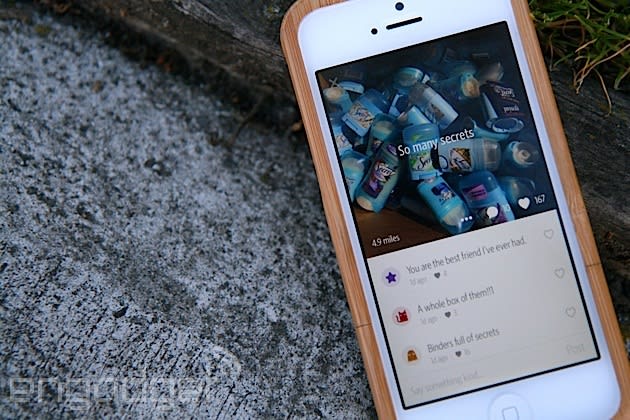 Ever wanted to tell the world that you stuck your genitals into a bowl of jam (or vegemite) without compromising your reputation? Secret, the app that lets you anonymously bare your soul to the world has landed in the UK, the Republic of Ireland, Australia and New Zealand. While you're likely to see the odd eye-rolling confession of sexual misconduct, Secret was also the venue that first broke the story that Google's Vic Gundotra was leaving the company. At least when you're caught using the app, you can say that you're hunting around for more of the latter, not contributing that time you were seen doing something unspeakable to a toasted sandwich.

Source: Secret (Medium)
In this article: Australia, Ireland, mobilepostcross, New Zealand, Secret, Social Network, UK
All products recommended by Engadget are selected by our editorial team, independent of our parent company. Some of our stories include affiliate links. If you buy something through one of these links, we may earn an affiliate commission.