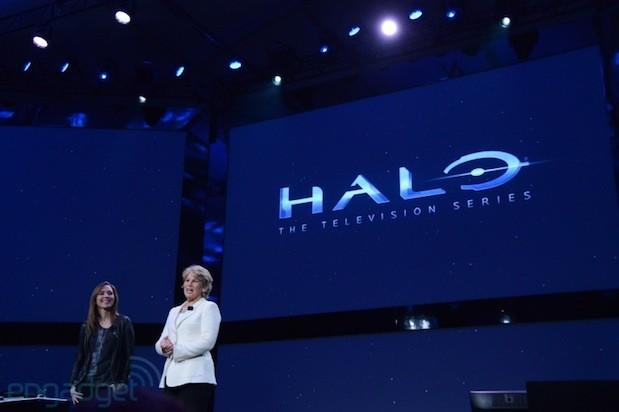 It's been almost a year since Microsoft first announced its live-action Halo TV series, but the amount we know about it hasn't exactly changed that much. That stops now, as we've learned that Redmond and premium network Showtime are deep in talks to tag-team distribution, according to a recent Variety report. Apparently, the program is scheduled to debut first on the cable channel and then become available on the Xbox platform with "enhanced interactivity" of some sort. A deal with a pair of showrunners is also close to being locked, as Variety tells it, which indicates that at least some progress has been made toward moving into production. With this not surfacing during Microsoft's original-programming focused event earlier this week, though, it's possible that we could hear new details (or maybe even see some video evidence) of the Spielberg-produced drama come E3.

In this article: Halo, halotvseries, hd, hdpostcross, microsoft, showtime, xbox, Xbox360, XboxOne
All products recommended by Engadget are selected by our editorial team, independent of our parent company. Some of our stories include affiliate links. If you buy something through one of these links, we may earn an affiliate commission.