The FIFA 2014 World Cup was streamed by 280 million people

EA Sports wants its 2014 World Cup game to appeal to all, not just FIFA fans 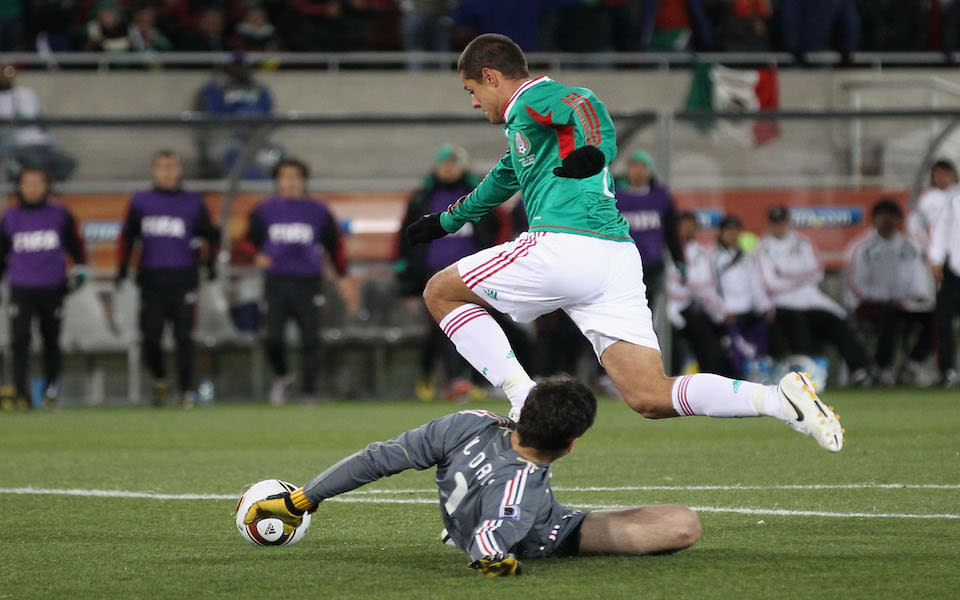 With the world's biggest sporting event, the FIFA World Cup, set to kick off in roughly 37 days, ESPN has now revealed how it plans to deliver coverage to you. At a recent media event in New York City, ESPN President John Skipper and Co. announced that all 64 World Cup matches from Brazil would be streamed live via WatchESPN and ESPN3. Naturally, you'll need a cable subscription (or a certain internet service provider) to have access to the feeds, but the good news is that, since ESPN has full rights to the tournament in the US, you won't be subject to any tedious blackout restrictions. And that includes games broadcasted on ABC. But the sports channel isn't stopping there: ESPN is throwing everything but the kitchen sink at this year's World Cup, with things like 24/7 news coverage and expert analysis, as well as second-screen features for smartphones and tablets.

For The Worldwide Leader in Sports, it is all about setting the bar extremely high for future broadcasts, as it won't have the rights to the next two World Cups; back in 2011, Fox bested other US networks to lock down the rights to the 2018 World Cup in Russia and 2022 in Qatar. As Skipper puts it, "We're going to treat it as the event it is, not really thinking about 2018 or 2022. Our goal here is to leave with a very, very high bar. I think we'll do that."

"Our goal here is to leave with a very, very high bar. I think we'll do that." By live streaming the entire tournament, ESPN's making it really easy for folks to watch the games regardless of where they may be -- whether it's at home or work (don't worry, we won't tell anyone). "We've modified our very simple mission to serve sports fans anytime anywhere. People have the expectation that wherever they are, on whatever screen or device they have available, they ought to be able get the same quality experience. We've been leaders in that and we'll continue to be," said Skipper during the ESPN event in NYC. Of course, it also helps that the matches will be played at decent times in the US, since Brazil is in a similar time zone. For those of you who tuned in to the 2010 South Africa World Cup, this will come as a welcome improvement, as some of those games came on as early as 7:30 AM ET.

So, if you have a device with the WatchESPN or WatchABC apps, you should have no trouble watching your favorite national team, both live and on-demand, as they try to make a deep run in the tournament. Speaking of which, ESPN is also going to have ESPN3 Surround, which is set to offer broadcasts in different languages, including Portuguese and Korean -- Spanish isn't an option, however, given that Univision holds those rights. In addition to this, Surround will let your smartphone or tablet act as a second screen, allowing you to control different cameras and angles, get an in-stadium perspective and check out real-time highlights, among other interactive tidbits.

You should have no trouble watching your favorite national team, both live and on-demand.

For those times when you might not be able to watch games live, ESPN is launching a completely redesigned ESPN FC on mobile and desktop, with up-to-the-minute scores and endless news coverage coming out of Brazil. What's more, the app is available in a number of different languages. Bimal Kapadia, ESPN FC's senior director of global business and brand development, told me that the goal of overhauling the everything-football property was to make it an all-in-one hub for soccer fans, not just for the World Cup, but also after the tournament is over. On the web, ESPN FC now takes on a more mosaic-style layout, focusing on large images and putting a solid amount of video content at your fingertips. On smartphones and tablets, ESPN FC is based on the same code as the SportsCenter app, meaning that you can expect it to work in a similar fashion. The application is now deeply integrated with WatchESPN, too, so you can quickly jump into a live game right from ESPN FC. You can also expect to see 30 for 30 content populated, as that's going to play a huge part in bringing you featured video pieces as part of the overhauled ESPN FC experience. The newly minted ESPN FC app is coming to iOS (iPhone-optimized) and Android later today, while the website should welcome the fresh design by June 1st.

In this article: 2014WorldCup, Brazil, ESPN, ESPN FC, ESPNFC, Football, hands-on, hdpostcross, JohnSkipper, Soccer, Sports, WorldCup, WorldCup2014
All products recommended by Engadget are selected by our editorial team, independent of our parent company. Some of our stories include affiliate links. If you buy something through one of these links, we may earn an affiliate commission.