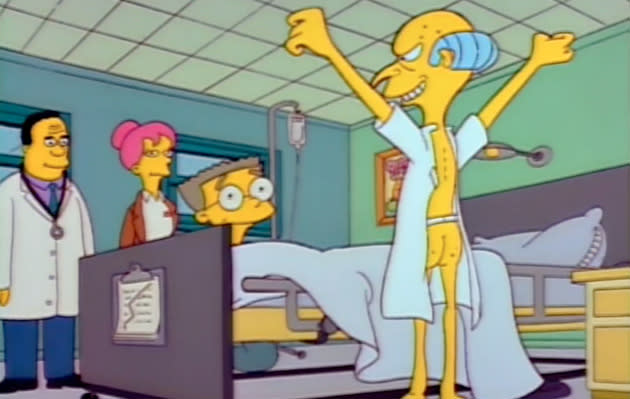 Plots from The Simpsons are rarely prophetic, but it appears as if, just as it did for Mr. Burns, the blood of the young could help to stave off the signs of aging. Competing teams at Harvard, Cambridge and the University of California have found that pumping the blood of juvenile mice into elderly rodents saw the latter suddenly able to run much faster, had more blood vessels in the brain and had much clearer thinking. Harvard researchers subsequently isolated a protein called GDF11, which helped both the operation of hearts and brains. Given the limits of the study, the teams are cautious about what this could mean for human biology, and there's plenty of trials still to be done, but maybe it'd be wise to start being nice to any juvenile relatives you've got -- you never know when you might be asking them for a transfusion.

In this article: Aging, Blood, Cambridge, GDF11, Harvard, Transfusion, Youth
All products recommended by Engadget are selected by our editorial team, independent of our parent company. Some of our stories include affiliate links. If you buy something through one of these links, we may earn an affiliate commission.