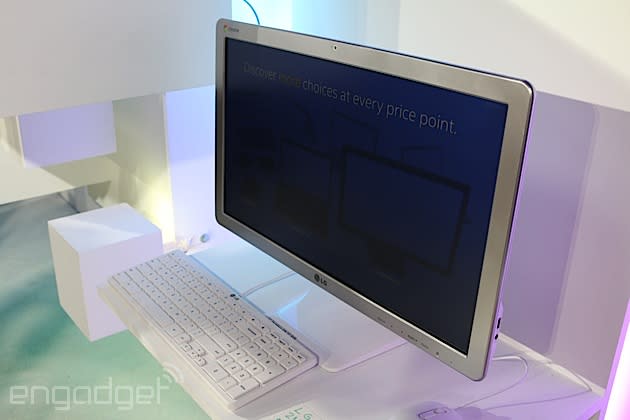 Five months is almost enough time for us to question whether a product announced at CES will become vaporware, so any news about the LG Chromebase is welcome. This morning, we learned that LG's first Chrome OS-based all-in-one will be officially available at online retailers on May 26th for $350. The Chromebase comes with a 21.6-inch 1080p IPS LCD, an Intel processor that's based on Haswell and 100GB storage space on Google Drive for two years. This was just one product out of several announced in tandem by Google and Intel today, all of which are reasonably priced and are aimed at competing against the PC industry.

In this article: chrome, chromebase, chromeos, google, googlechrome, intel, lg, lgchromebase
All products recommended by Engadget are selected by our editorial team, independent of our parent company. Some of our stories include affiliate links. If you buy something through one of these links, we may earn an affiliate commission.