Apple alters its contracts to comply with Japan's antitrust laws

Japan’s answer to Amazon is building its own mobile network 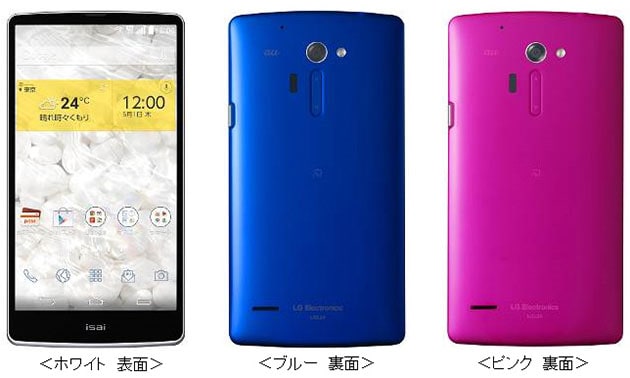 KDDI has just launched the first QuadHD (QHD) phone solely for the Japanese market, the Isai FL model built by LG. That gives us a preview of LG's G3's 5.5-inch 2,560 x 1,440 display and its record 538ppi resolution. As it happens, LG just announced that the panel has now been certified, and re-confirmed that it'll be installed in it's "forthcoming flagship smartphone," ie the G3. KDDI's model may give us an idea of what LG's eagerly-awaited G2 successor will be like spec-wise, too. The Isai FL has the narrow bezels we saw in leaked images of the G3, but sports a different design lacking the LG's rear buttons and rumored metal back. It also has some of LG's Knock functions and will come in three colors with a 13-megapixel camera, 3,000mAh battery, 2GB of RAM and a quad-core Snapdragon 2.5GHz CPU. That lines up with some of the G3's rumored specs, but we won't have to wait long to know them -- it's set to arrive on May 27th.

Via: Engadget Japan
Source: KDDI
In this article: KDDI, lg, mobilepostcross
All products recommended by Engadget are selected by our editorial team, independent of our parent company. Some of our stories include affiliate links. If you buy something through one of these links, we may earn an affiliate commission.