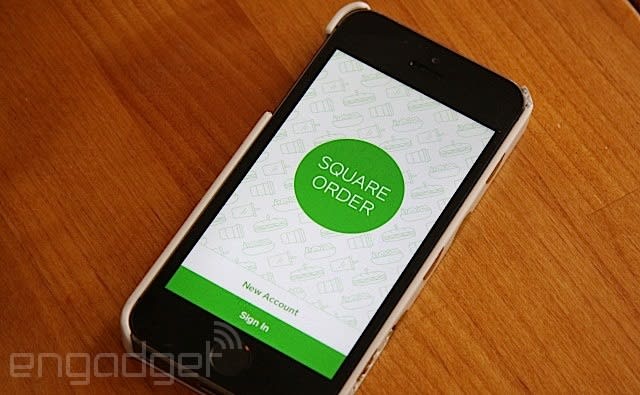 Square pulled its Wallet app from the App Store Monday in order to make way for something new: Square Order. With Wallet, you could check in to a restaurant and pay your bill using just your name. With Order, you can still pay, except now you can select your artisan grilled cheese while en route to the cafe down the street and complete the transaction on your phone, bypassing the line entirely. It's not just for restaurants either -- we took it for a test drive in February, where we purchased a scarf from Uniqlo. Square followed that trial with beta testing in several take-out restaurants in the San Francisco and New York, which is also where Order is launching today. If you don't live in either city, you won't be able to use the app for now. However, you can get roughly the same experience on the web through Square's recently announced product Pickup.

It's not unlike what some other services like PayPal, GoPago and OrderAhead are already doing -- the difference is Square can offer the experience for its existing merchants using the point of sale system they already have set up. As for Wallet, being removed from the App Store doesn't mean it isn't going to work anymore – yet. Square says it plans to support the app at least until Order is available everywhere. When it is, the company will reach out to customers who are still using Wallet and encourage them to make the switch, after which it will likely get rid of it for good. By that time, we can't imagine anyone will complain. Because what's better than telling someone to put your triple-extra-hot-latte on "Bob?" Not spending 20 minutes in line waiting for the opportunity.

In this article: app, mobilepostcross, software, square, squarewallet
All products recommended by Engadget are selected by our editorial team, independent of our parent company. Some of our stories include affiliate links. If you buy something through one of these links, we may earn an affiliate commission.