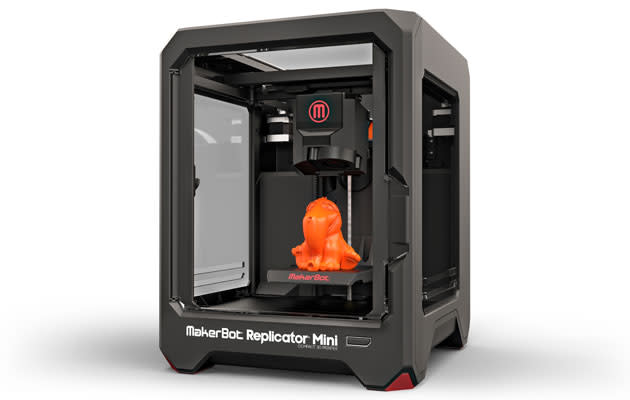 We first learned of MakerBot's Digital Shop plans back at CES, and now the 3D printing outfit has announced its first licensing agreement: Sesame Street. That's right folks, starting today, you can download the requisite files needed to print your own Mr. Snuffleupagus, with more characters making their debuts in the months to come. This particular option prints in just under three hours and only deducts $1.29 from your bank account. The downside? Snuffy's source files are only compatible with the Replicator 2 and fifth-generation Replicator -- according to the online shop's specs. It shouldn't be a surprise that characters from Sesame Street are the first available here as MakerBot CEO Bre Pettis used to work for Jim Henson's Creature Shop. "3D printing is like having an engineering education in a box, but with Sesame Street, it has a playful and familiar twist," Pettis said.

In this article: 3dprinting, makerbot, seasamestree, toys
All products recommended by Engadget are selected by our editorial team, independent of our parent company. Some of our stories include affiliate links. If you buy something through one of these links, we may earn an affiliate commission.