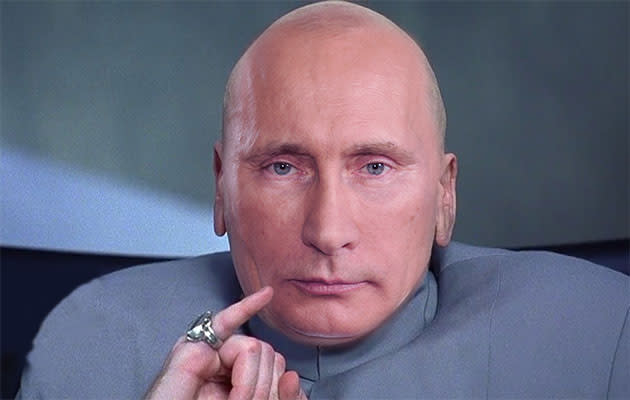 Hold onto your sat nav. The Russian government has just threatened to end cooperation with America on major space projects, including maintenance of the GPS system. The policy will also prevent NASA from accessing the International Space Station from 2020, as well as blocking the supply of components for America's Atlas V rockets, which are currently vital for sending military and commercial satellites into space. With regards to GPS, Deputy PM Dimitry Rogozin says that he'll shut down Russian base stations that keep the system going, unless the US promises to house reciprocal stations to support the competing GLONASS platform. He's quoted as saying that Russia is wary about developing future "high-tech projects with such an unreliable partner as the United States, which politicizes everything." Why the sudden burst of angry rhetoric? As you can probably guess, aside from the dispute over local GPS stations, it has everything to do with America's decision to impose sanctions on Russia, following Vladimir Putin's invasion of Ukraine.

All of this guff and bluster is likely to cause as much harm to Russia as it does to the US, since closing down base stations will make the system less accurate for Russian users. It's also going to hurt the Russian economy, since both the sales of NK-33 and RD-180 engines for the Atlas V, and transporting passengers to the ISS earns the country hundreds of millions of dollars. The only real beneficiary from all of this could be America's private space sector, with companies like SpaceX potentially being asked to step in, if rockets like the Falcon 9 (and Dragon Capsule) could be adapted to take people instead of cargo.

In this article: Atlas V, Crimea, GPS, International Space Station, ISS, Russia, Space, US
All products recommended by Engadget are selected by our editorial team, independent of our parent company. Some of our stories include affiliate links. If you buy something through one of these links, we may earn an affiliate commission.