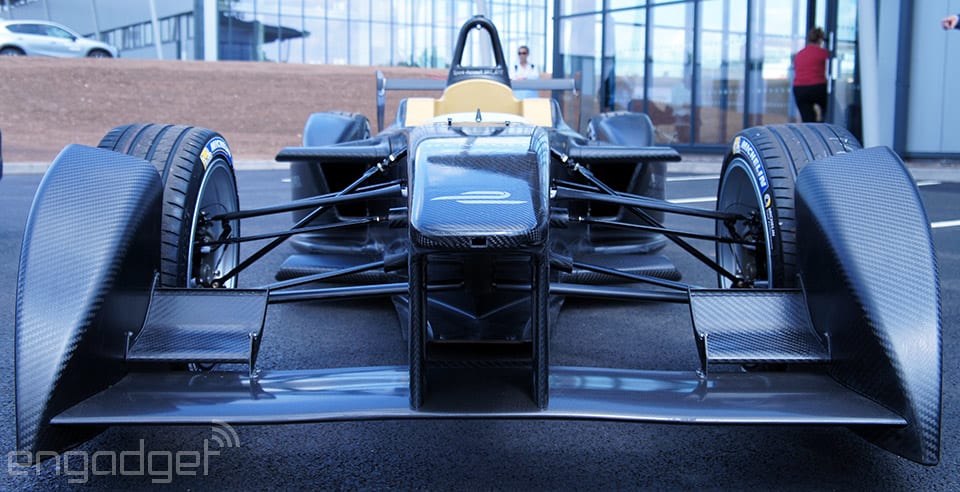 What does it take to create an entirely new motorsport? In Formula E's case, two years, ten teams and ten city-street circuits, which will play host the first championship. Since the idea of Formula E started taking shape towards the end of 2012, several public demos have kept buzz for the all-electric racing series alive, but the atmosphere was different at the UK's Donington Park circuit yesterday. Attendees of the official opening of Formula E's operational headquarters and team facilities at Donington weren't there to watch a traveling circus visit a racetrack, but to witness a milestone in a sport where, until now, petrol has been king. Donington's utilitarian HQ and team garages reflect the aggressive development timeline Formula E's been working to, having been built from scratch in 15 weeks. But, there was more to look at: not the polished, logo-blazoned cars that've appeared at publicity events (a couple of which do sit in the new HQ's reception), but raw, carbon fiber Spark-Renault SRT_01E vehicles that the teams will actually be competing in over the ten-race season. 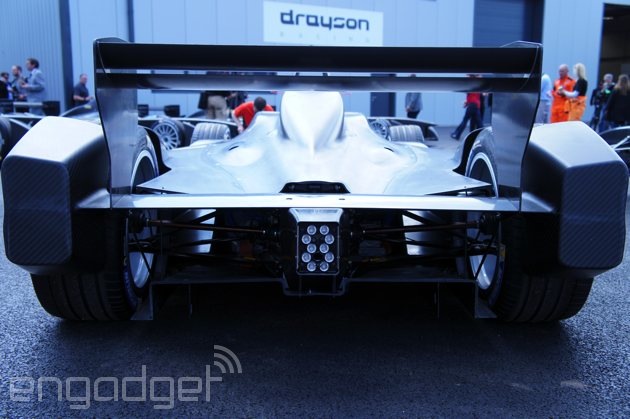 Ever since Formula E's inception, many motorsport insiders have shown "little belief" in the new class, as championship CEO Alejandro Agag put it. And, it won't be until the teams arrive in Beijing in September for the first official race -- following plenty of preparation and race testing at Donington -- that they'll get a chance to convince doubters an all-electric championship can be a success. If all goes well, the hope is Beijing will attract an army of fans, and plenty of sponsorship interest to boot. This is a business intended to make money from selling broadcasting rights and inking sponsor deals, after all, but Agag hopes it'll add true value by accelerating R&D within the electric vehicle space. 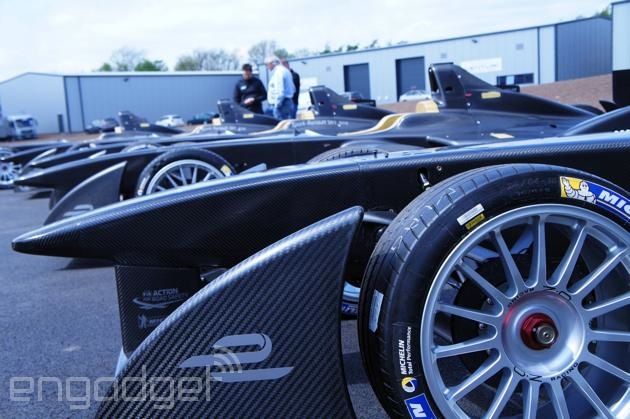 "It's not just about racing, but the development of new technology that'll filter down to road vehicles," he said at the event. For the first season at least, every team -- several of which know something about performance EVs already -- will use the same stock Spark-Renault SRT_01E and 200kW motor with minimal scope for modification. In later championships, Agag believes the teams will be under pressure to innovate as they'll "have to develop the technology to win the races." The principle impact Formula E's CEO believes the championship will have on the mass market is in addressing issues with energy storage. "We need to find new ways, either with more efficient batteries, or with other devices like super capacitors and fuel cells. We need to find a solution for that. That's why we're doing Formula E."

In this article: donington, doningtonpark, electricvehicle, ev, formulae, motorsport, motosports, racing, transportation, uk-feature
All products recommended by Engadget are selected by our editorial team, independent of our parent company. Some of our stories include affiliate links. If you buy something through one of these links, we may earn an affiliate commission.