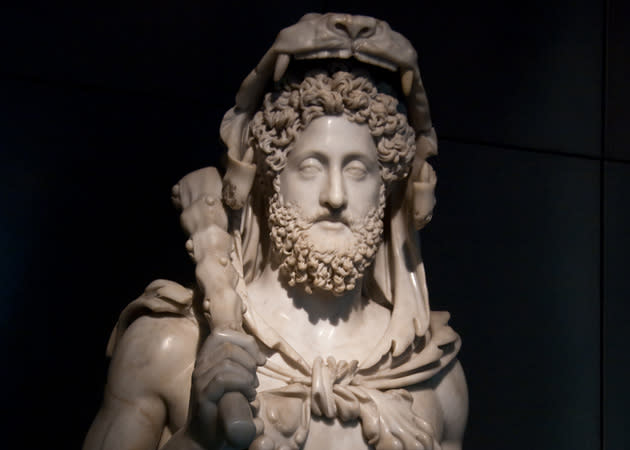 Microsoft has been teasing a level of interactivity within its slate of original Xbox video programming, but what kind of control will you actually get? The company isn't revealing everything right now, but it just gave Deadline Hollywood a few small clues. TV producer Stephen David is creating a documentary/drama hybrid for Xbox Entertainment Studios that he says will be "like playing television." In the inaugural 13 Days of Blood episode, which shows Roman history through the eyes of emperor Commodus (seen in marble here), there will be "new, interactive technology" that should "bring fight scenes to life," according to Microsoft.

This sounds tantalizing, but it's clear that the company is keeping its cards close to the vest. While the interaction could involve a full-fledged game component, it could equally be a simple matter of choosing camera angles as you watch gladiators and retiarii slug it out. The docudrama also isn't due until 2015, so the odds aren't great that you'll hear much more about it this year. Nonetheless, these early tidbits give us a better idea of what to expect from Microsoft's first experiments with self-branded shows.

In this article: 13daysofblood, documentary, hdpostcross, history, microsoft, streaming, television, tv, xbox, XboxEntertainmentStudios
All products recommended by Engadget are selected by our editorial team, independent of our parent company. Some of our stories include affiliate links. If you buy something through one of these links, we may earn an affiliate commission.