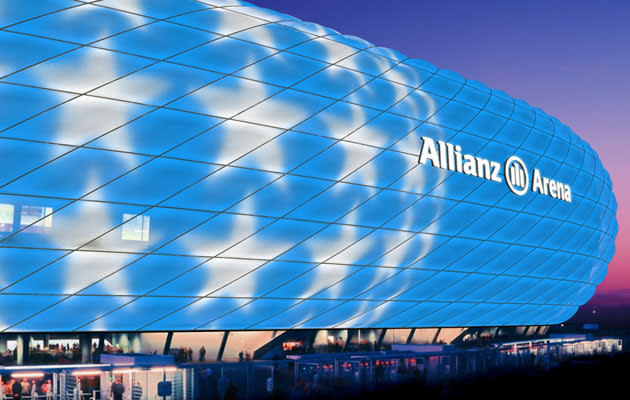 Germany's Allianz Arena is already covered with color-changing plastic panels, but they can only currently display the red of Bayern Munich, the blue of TSV 1860 and the white of the national team. Philips is planning to swap out the old system in favor of 8,000 of its ColorGraze units, coating the stadium in 380,000 LEDs that can display 16 million colors. That way, the venue can play dynamic light shows and animations, keeping the fans entertained, and advertised-to, on their way in to watch the Bundesliga. We're hoping that some canny engineer can hijack the wiring and get video playing, because we'd love to watch soccer games on the world's biggest big-screen TV.

In this article: Allianz Arena, ColorGraze, Football, Germany, Philips, Soccer
All products recommended by Engadget are selected by our editorial team, independent of our parent company. Some of our stories include affiliate links. If you buy something through one of these links, we may earn an affiliate commission.