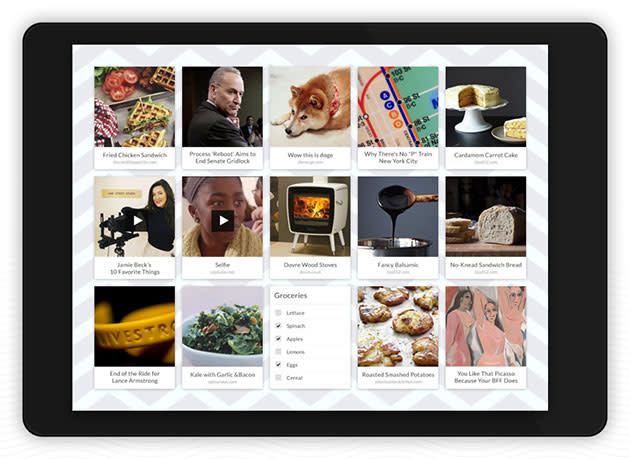 Springpad, the online and app-based platform for saving and sharing web content, managing notes and collaborating on projects with others, has announced that it'll be shutting up shop come June 25th. Despite ongoing development of the service, it's evidently struggled to compete with the likes of Evernote and others, despite attracting over 5 million users during its six-year lifespan. Come the tail end of June, you'll need to find a new home for anything that lives on Springpad, and the company's said it's working on an export tool that'll allow you to save your data and/or move it elsewhere, although we don't currently know which similar services the tool will support. Little consolation to Springpad loyalists, no doubt, but at least moving over to a more successful alternative means it'll probably be the last time you have to.

In this article: evernote, mobilepostcross, note, note-taking, notes, notetaking, springpad
All products recommended by Engadget are selected by our editorial team, independent of our parent company. Some of our stories include affiliate links. If you buy something through one of these links, we may earn an affiliate commission.