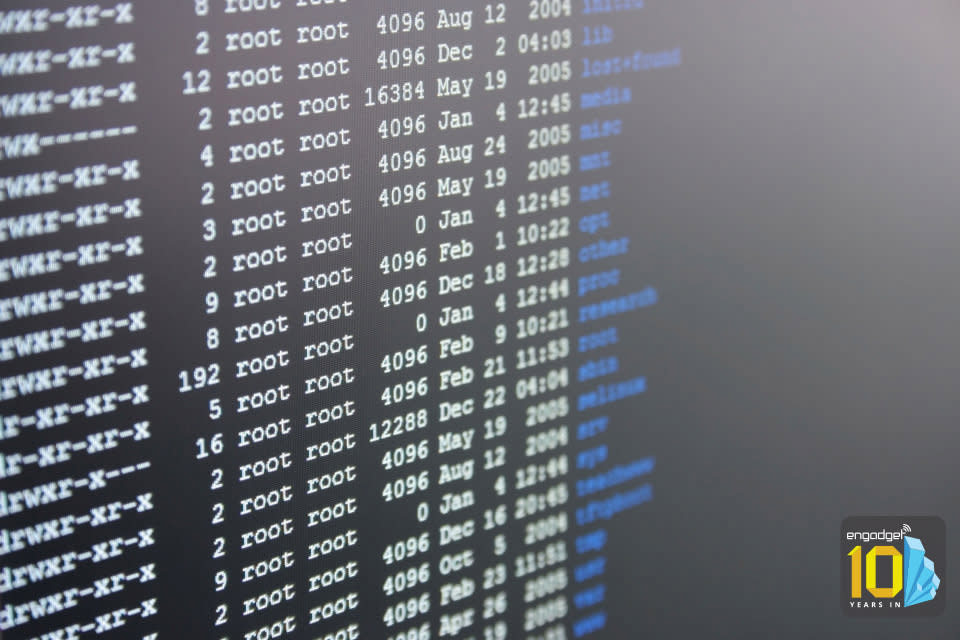 Nowadays, it's just a sanctuary for my father to play marathon sessions of Diablo 3. But a little over 15 years ago, the breakfast nook in my parents' kitchen more closely resembled a coliseum where man (my father) was pitted against machine. Back then, it wasn't uncommon to hear strings of profanities streaming out of the room while he sat in front of a desktop computer hunched over in defeat -- all in an attempt to run Linux.

I'd heard of Linux before, but had never actually seen or used it until the age of 15. Mine was a home filled with Windows and DOS boxes for as long as I can remember. But my father found himself in the position of having to learn about the open-source operating system for work -- his company was going to start moving all of its servers to Linux, and he'd have to support them. If the company's internal home page went down or someone couldn't access the shared folders, that would be his problem to deal with. And so Linux entered my life.

I'd been told that Linux was only for nerds, but at first glance, I couldn't fathom how people were confused by the upstart OS. There was something immediately familiar about it. Probably, the fact that it looked almost exactly like Windows 95: There was the desktop interface loaded with shortcuts, a taskbar and even a start menu.

I'd been told that Linux was only for nerds, but at first glance, I couldn't fathom how people were confused by the upstart OS.

I'm not sure how long it took that very first time -- it could've been five minutes or five hours -- but I watched as Linux slowly installed itself on the hard drive, filling the screen with an ASCII progress bar. When all was said and done, my father had a PC running a boxed and enterprise-friendly version of Linux. But a funny thing happened when he got to the desktop and tried to install additional software from the same CD: The drive we'd just used to install Linux suddenly didn't exist. The drivers required to run the CD drive didn't install... or maybe they never existed to begin with. And in that moment, I understood exactly why, even though it's free, people would rather pay $100 for Windows than fight with Linux. For the next several days, my father and I would convene in the breakfast nook for a few hours every night to attempt a new solution. Perhaps we could copy the right drivers from the CD to a 1.44MB floppy disk on another computer? No such luck. We then turned to the internet for help, thinking that surely someone, somewhere would know how to get this drive working. But no, we couldn't even get the computer's modem to work.

Eventually, my father and I were forced to accept defeat. The Linux discs went back into their cases; the cases went back into the sparsely branded, white cardboard box; and the box went into the back of a cabinet. It stayed there collecting dust for years, until one day it just vanished. We think it was probably tossed in the garbage during a frenzied bout of spring cleaning.

In that moment, I understood exactly why, even though it's free, people would rather pay $100 for Windows than fight with Linux.

It wasn't until nearly a decade later that I would cross paths with Linux again. And honestly, I can't say my second (no sound) or third date (no WiFi) with the open-source OS went any better. But something about Linux keeps me going back for more. Maybe it's the challenge; the OS puzzle waiting to be solved. Maybe I'm just a masochist. These days, I'm a dedicated Ubuntu user. I do love the price (i.e., free), but it's the power and the flexibility that have really seduced me; I can easily change the way something looks or works. Still when I look back on those first days with Linux, I wonder how our relationship made it this far.

In this article: 10yearsin, engadget10th, Engadget10yearsin, linux
All products recommended by Engadget are selected by our editorial team, independent of our parent company. Some of our stories include affiliate links. If you buy something through one of these links, we may earn an affiliate commission.