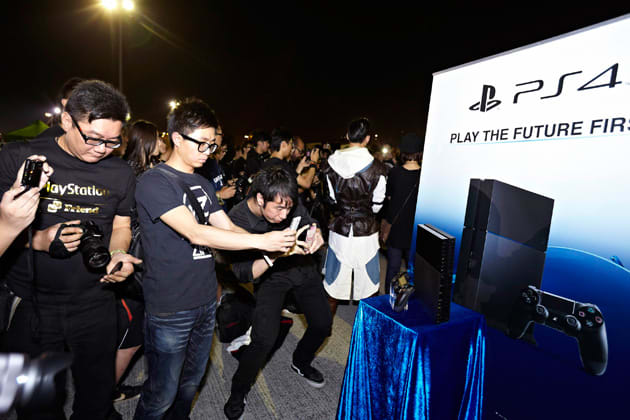 It's only been about a month since Microsoft announced that it'll be bringing the Xbox to China come September, courtesy of the local government lifting its somewhat lax ban on imported video games and consoles. Today, Sony finally confirmed that the PlayStation will indeed be joining Redmond's console in the Far East. Just like Microsoft's collaboration with China's BesTV, Sony's also working with a local company called Shanghai Oriental Pearl Culture Development (OPCD in short). As pointed out by Sina Tech, the interesting thing is that both BesTV and OPCD are part of the massive Shanghai Media Group.

Sony and OPCD's joint venture will form two companies: one to manage the manufacturing and sales of the hardware, and the other to manage the services plus the sales, licensing, distribution and R&D of the software. Sony China will own 70 percent of the newly formed Sony Computer Entertainment (Shanghai) (which presumably handles the non-hardware part), but just 49 percent of the other new company dubbed Shanghai Oriental Pearl Sony Computer Entertainment Culture Development.

As you'd expect, the announcement stresses that the joint venture "will introduce quality, healthy games that are suitable to China's national conditions and the preferences of domestic players, as according to the relevant government policies." This means we'll likely see many censored PlayStation games over there (and also fewer games in general), plus our guess is that the consoles might not even be compatible with games released in other countries. That said, it's worth remembering that Nintendo's China joint venture, iQue, never applied this kind of regional restriction onto the DS and 3DS it sold there.

What's unclear is when and which of the PlayStation products will officially hit the stores in China, but given Sony's earlier attempts plus its long preparation for this launch, we wouldn't be surprised if the Japanese company beats Microsoft to the race here.

Via: Engadget Chinese
Source: SSE (Chinese PDF)
In this article: china, console, gaming, jointventure, opcd, playstation, shanghai, shanghaifreetradezone, sony
All products recommended by Engadget are selected by our editorial team, independent of our parent company. Some of our stories include affiliate links. If you buy something through one of these links, we may earn an affiliate commission.