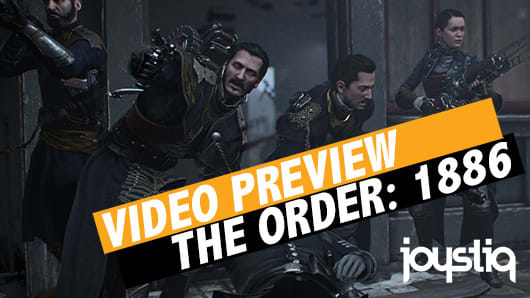 After delivering a set of solid God of War PSP titles, developer Ready At Dawn is poised to unleash its first new intellectual property on the world. Set in an alt-history Victorian London filled with half-breed humans and monsters, naturally, The Order: 1886 spins a new yarn featuring King Arthur's Knights of the Round. While the game features a standard arsenal, it was the strategic use of a weapon that fired a cloud of thermite that we found the most invigorating. Painting a target with the flammable cloud and firing a flare into the dust made for some satisfying explosions of fire, raining terror onto Sir Galahad's enemies.

Originally scheduled to arrive this fall, The Order: 1886 is now expected to launch for the PlayStation 4 sometime in 2015.

9
In this article: playstation, ps4, Ready-At-Dawn, recommended, SCEA, Sony-Santa-Monica, the-order-1886, Video-Preview
All products recommended by Engadget are selected by our editorial team, independent of our parent company. Some of our stories include affiliate links. If you buy something through one of these links, we may earn an affiliate commission.