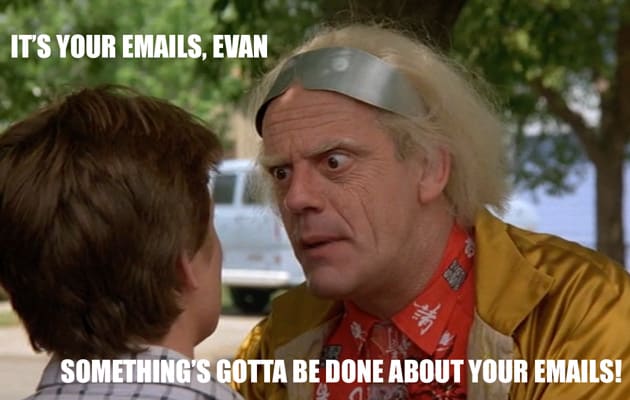 Snapchat's CEO has previously shared his emails to show his business dealings with Facebook, but we imagine he now regrets making his inbox fair game. Silicon Valley gossip site Valleywag has leaked messages from Evan Spiegel's days at Stanford, in 2009, where the executive let his frat boy-side a little too far out of the closet. In addition to encouraging his fellow fraternity folks to commit sexual acts, he confesses to peeing on a female friend and even requested a "kilo of blow" for a party. For his part, Spiegel has now apologized for his "idiotic emails," saying that they no longer reflect the person he is, or his attitudes towards women. Of course, we've all made the odd off-color joke or poorly thought-out statement that we'd prefer to forget, but perhaps this is why Spiegel was so committed to building a messenger where your missives (ostensibly) self-destruct after 10 seconds.

Via: Time
Source: Business Insider, Vallleywag
In this article: Emails, Evan Spiegel, Silicon Valley, Snapchat
All products recommended by Engadget are selected by our editorial team, independent of our parent company. Some of our stories include affiliate links. If you buy something through one of these links, we may earn an affiliate commission.