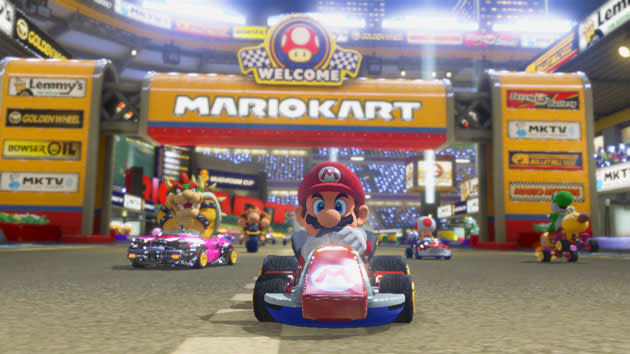 Mario Kart 8 isn't actually the eighth Mario Kart game. Disappointing as that may be, the game itself is a blast. Heck, we'd go as far as to say it's a good reason to buy a Wii U. The game launches today in North America and Europe, so we figure it's a good time to give people a thorough look at the Wii U's next big game. Join myself and everyone's favorite goomba, Tim Seppala, right here at 3PM ET (well, after the break), as we throw red shells, drop banana peels, and smear ink in each other's eyes -- all virtually of course. Oh, and the profanity and shouting definitely we're bound to do isn't serious. OR IS IT?

In this article: hdpostcross, mariokart8, nintendo, nintendowiiu, playdate, video, wiiu
All products recommended by Engadget are selected by our editorial team, independent of our parent company. Some of our stories include affiliate links. If you buy something through one of these links, we may earn an affiliate commission.