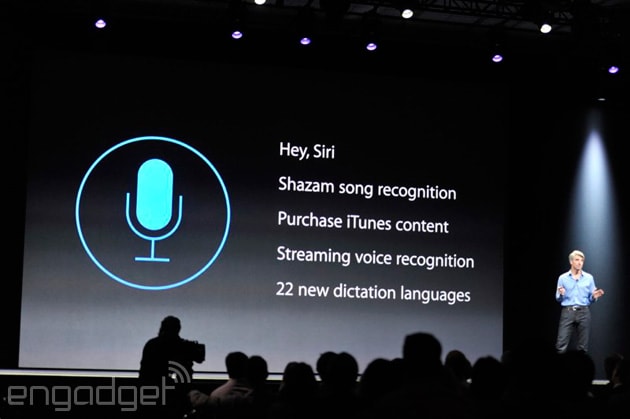 Siri is going to learn a few new tricks in iOS 8. As rumored, the voice assistant will now identify songs using Shazam; if you want to find out the name of a catchy track, you don't have to fire up a separate app. You'll also have the option of buying iTunes content. The speech-recognition system is smarter, to boot -- it now shows what you're saying in real time, and you can start commands by speaking, "Hey, Siri" (much like Android KitKat's "OK Google") instead of holding down the home button. There's no mention of integration with third-party apps so far, but this is still a big step forward for iOS users who prefer voice dictation for all their tasks.

In this article: apple, ios, ios8, ipad, iphone, itunes, mobilepostcross, music, shazam, siri, songrecognition, VoiceCommand, VoiceControl, VoiceRecognition, wwdc, wwdc2014
All products recommended by Engadget are selected by our editorial team, independent of our parent company. Some of our stories include affiliate links. If you buy something through one of these links, we may earn an affiliate commission.