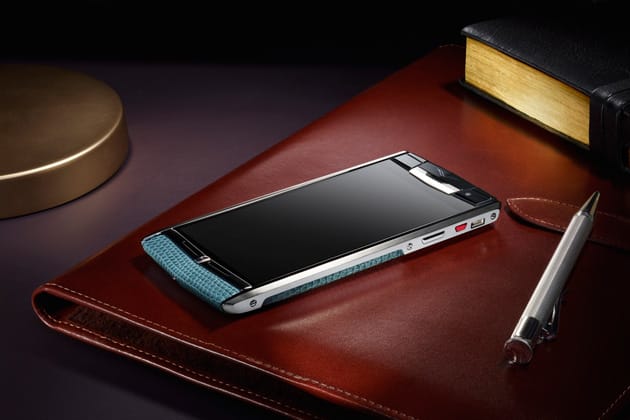 It's been a year and a half since luxury phone maker Vertu ditched Symbian in favor of Android, thus slowly catching up with the rest of the mobile market. Its first Android phone, the Ti, fell behind the curve with its dual-core processor, tiny battery and low screen resolution; then the more affordable Constellation arrived with a larger screen but also let down by a similar chip. Somewhere along the line, though, Vertu finally decided "enough is enough." The result is this good-looking Signature Touch which, for a change, packs pretty much everything you'd expect on a modern flagship smartphone: a 2.3GHz quad-core Snapdragon 801 chip, a 4.7-inch 1080p display, Cat 4 LTE radio (with bands covering many parts of the world), NFC plus Qi wireless charging. 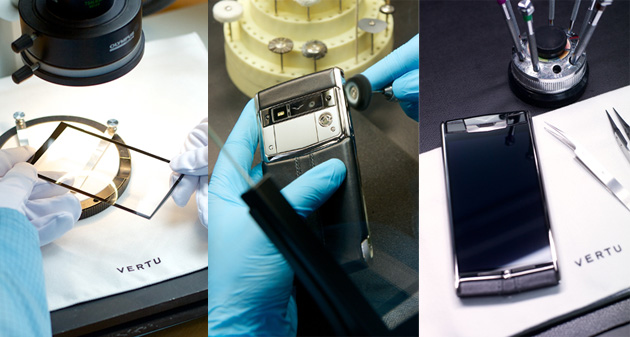 The goodies don't stop there. Most notably, the 13-megapixel main camera is actually certified by the renowned camera maker Hasselblad, so we look forward to giving it a test drive. Then there's the acoustics part: This new model packs a pair of speakers that are tuned by Bang & Olufsen, which should sound just as loud and crisp as the ones on the Ti. And if you're into it, the speakers also support Dolby Digital Plus surround sound. While they're at it, Vertu also got B&O to help craft the optional over-ear headphones, which feature aircraft-grade aluminum, lamb leather and volume remote control. You can even get a Vertu-branded Bluetooth speaker for the phone, but it likely won't sound as good as the B&O-tuned headphones.

The Signature Touch also features a 2.1-megapixel front-facing camera, 64GB of storage (no microSD expansion) and a modest 2,275mAh battery. Like its predecessors, this Android 4.4 device is hand-assembled with several tough materials, including Grade 5 titanium for the casing, toughened zirconia for the ear pillow and a large piece of fifth-gen sapphire crystal for the screen. Then you get to pick the skin -- calf, lizard or alligator -- and a color it offers, if any (we dig the Claret Leather and Pure Jet Red Gold editions). You end up with a 192g-heavy and 10.65mm-thick phone, which is a given for such a tough, masculine luxury device.

Speaking of luxury, Vertu's renowned concierge service plus exclusive access to events are included with this new phone, and you can check them out via their respective apps. However, it's worth reminding that the concierge service is only free for the first year, and then it's about $2,800 each year should you wish to keep using it. The Signature Touch also comes with the Vertu Certainty package, which includes iPass' complimentary global WiFi, as well as Kaspersky's security apps plus Silent Circle's communication encryption service. 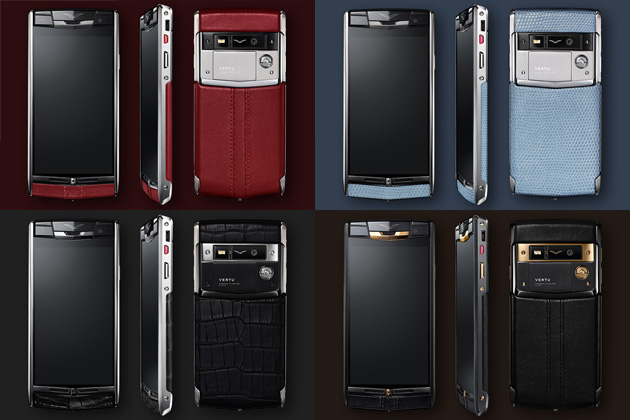 As nice as the Signature Touch sounds, let's face it: Most of us here will never splash out $10,300/€7,900 for the base model, let alone $21,900/€16,900 for the maxed-out Pure Jet Red Gold flavor. But then again, it's made for folks with extraordinarily deep pockets, instead of us mere mortals. On the bright side, we won't need to feel sorry for those who end up buying this surprisingly up-to-date bling phone, and Vertu deserves at least a pat on the back for finally recognizing and fixing its age old problem. Now, do excuse us while we set up a crowdfunding page to help us get a, ahem, review unit.

In this article: android, bando, BangAndOlufsen, bling, concierge, ipass, luxury, mobilepostcross, sapphire, signaturetouch, silentcircle, snapdragon801, vertu
All products recommended by Engadget are selected by our editorial team, independent of our parent company. Some of our stories include affiliate links. If you buy something through one of these links, we may earn an affiliate commission.