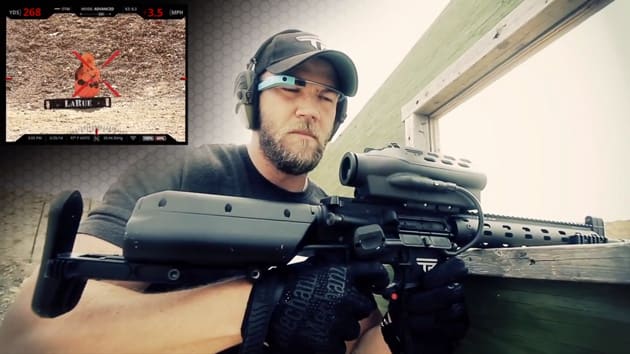 TrackingPoint is a startup that's building smart weapons, like rifles with targeting scopes that'll turn a rank amateur into a crack sniper. Now, the company is working on ShotView, a system that'll separate the user form the sight entirely, which is what's being demonstrated in this concept video. Pumping live video from the gun to nearby WiFi devices, the company wants smartphone, tablet and Google Glass users to be able to point their weapon around corners and over obstacles, "blind" firing with deadly accuracy. We just hope someone makes the Diane Von Furstenberg frames a mandatory accessory, or future battlefields are going to be sorely lacking in style.

In this article: Army, Concept, google, Google Glass, Guns, Military, TrackingPoint, video
All products recommended by Engadget are selected by our editorial team, independent of our parent company. Some of our stories include affiliate links. If you buy something through one of these links, we may earn an affiliate commission.