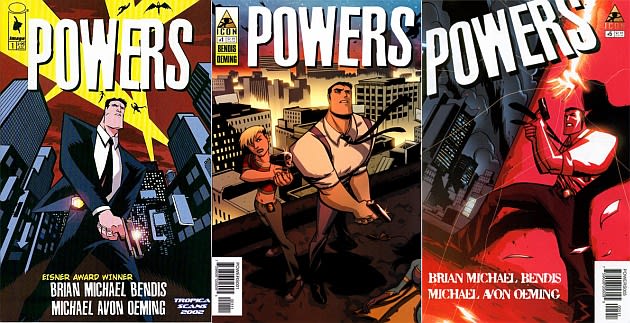 We'd heard that Sony signed up Brian Michael Bendis' comic series Powers for an original TV show, and tonight it confirmed that at its E3 2014 event. With Bendis on stage, we saw some concept art and found out from Andrew House that the series will arrive in December on the PlayStation Network. If you're not already familiar, it's based on a detective investigating cases that involve individuals with superhuman abilities. Everyone in the US can watch the first ep for free on their PlayStation devices, while PS Plus subscribers can watch the entire series at no extra charge. Check out the unveil and concept art in the video embedded after the break.

Source: PlayStation (YouTube), Brian Michael Bendis (Tumblr)
In this article: BrianMichaelBendis, e32014, hdpostcross, playstation, PlayStation network, powers, series, sony, tv
All products recommended by Engadget are selected by our editorial team, independent of our parent company. Some of our stories include affiliate links. If you buy something through one of these links, we may earn an affiliate commission.