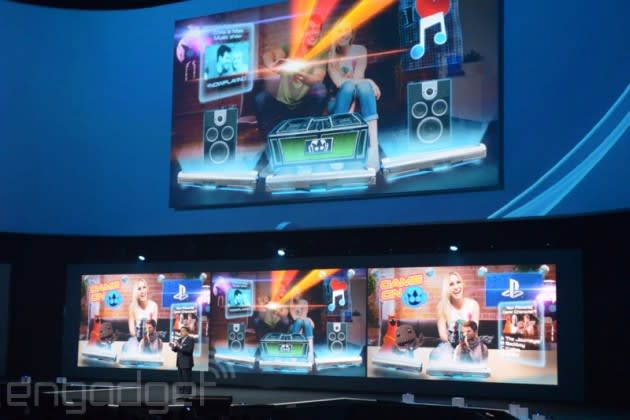 Sony's odd augmented reality demo/broadcasting tool, Playroom, is getting some new features. At its E3 2014 event, Sony announced the PlayStation app would be updated with custom broadcast sets, just in time for the addition of YouTube. That could help your trip to broadcast stardom, unless you choose to take a slightly less savory approach to content, which helped get the app banned from Twitch.

Update: For a better look at what's in store, check out the trailer for "Set Maker" embedded after the break.

In this article: ar, augmented reality, e32014, hdpostcross, playroom, playstation camera, ps4, sony, video, xbox, xbox one, xboxone
All products recommended by Engadget are selected by our editorial team, independent of our parent company. Some of our stories include affiliate links. If you buy something through one of these links, we may earn an affiliate commission.