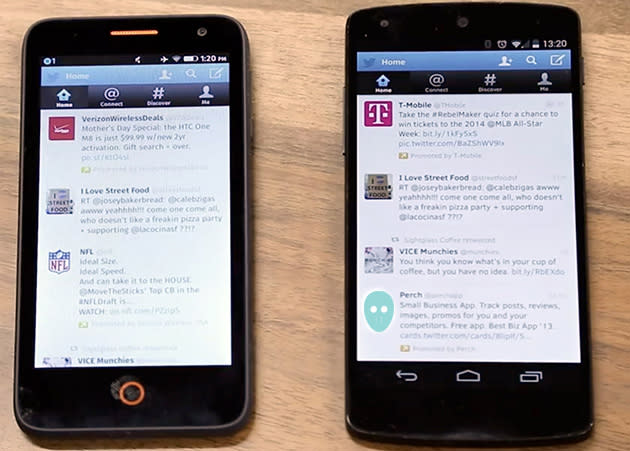 The beauty of apps written for Firefox OS is that they're basically just web apps -- they're built primarily on Java Script and HTML5. That means if you can run the app on Mozilla's mobile operating system, you can run them in its browser too. In fact, if you install Firefox 29 on Android, you can run so-called Open Web Apps (OWA) on your Google-powered phone. Not only that, but they're not confined to the browser. Apps installed from the Firefox OS Marketplace are treated just like native apps. They get their own icon in the launcher and home screen, can be uninstalled from the menu and run without the usual browser UI clutter (such as an address bar or back button). Of course, the performance probably won't match truly native apps, and most won't abide by Android's interface conventions. Still, there are some developers who might enjoy the idea of building an app once and running it across all platforms.

In this article: android, apps, firefox, firefox os, mobilepostcross, mozilla, open web apps
All products recommended by Engadget are selected by our editorial team, independent of our parent company. Some of our stories include affiliate links. If you buy something through one of these links, we may earn an affiliate commission.