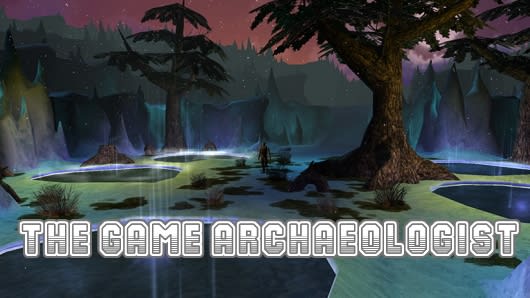 Back in May, I touched on the fascinating field of Neverwinter Nights' persistent worlds (PWs). I never expected it to draw so much attention, least of all from the folks still running these communities. But it did, and I was contacted by one of the player developers of Arelith, Mark "Artos" Friebus.

Artos and his colleagues wanted to share more about the history and makeup of this 12-year-old server and why, in 2014, they're still as crazy about doing it as ever. If you want an insider's point of view as to what goes on in a persistent world -- and perhaps are open to be tempted to roll a character on one of them -- then stay tuned for the fascinating tale of Arelith. 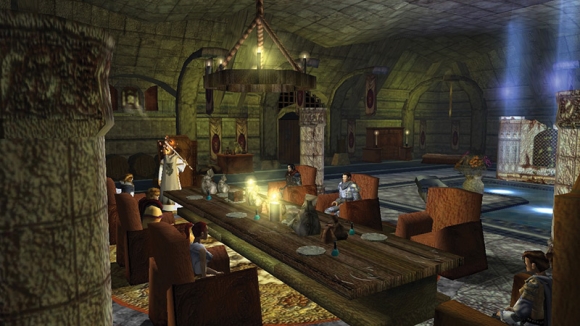 The Game Archaeologist: So how did you get into running a persistent world on Neverwinter Nights?

Artos: I've been doing area design and other module content since just about the beginning of Arelith. I've always enjoyed playing and making maps for D&D games since being a kid, and I work as a graphic designer in real life, so it was a natural extension to start making a world with NWN's powerful, yet intuitive toolset.

All of us got involved with Arelith because we are (or were) players of Neverwinter Nights and wanted to build a place where we'd enjoy playing in. The irony of it is that the time it takes to build and maintain Arelith leaves very little time left to play.

So how did Arelith get its start?

We started small back in early 2003 with maybe 30 areas and a half-dozen players. The important thing was we grew with our players. I see many servers trying to get off the ground lately that are massively huge worlds, but without the players to populate it, that design can work against you. I think it has to grow organically with the playerbase, and thus it works better to start off small. There was nothing special about Arelith initially; we had to grow into that.

If you love Dungeons & Dragons, you should be playing Arelith. If you love telling stories, or better yet, being a part of these stories, you should be playing Arelith. We're far more than a place to kill monsters; we're a living, breathing sandbox style D&D world with over a hundred game years of history reflected everywhere. It's essentially a neverending story, told by hundreds of talented people simultaneously.

Arelith is a roleplay-heavy environment, with the focus on allowing players the freedom and tools to drive the game themselves. We've had some fantastic conflicts in our time, from small and slightly silly to epic wars spanning the island. While the overall tone is quite serious, there's always room for light-hearted fun, as long as it's all in character.

As new player MoonlitDNC testified, "To me, the Arelith server is one of the few I've found in my lifetime to focus almost exclusively on the roleplaying aspect of an online RPG. Not only are you rewarded the more you stick with it, but a good character story will sometimes get you more progress than good equipment or higher levels."

Why has Arelith lasted for 12 years? What keeps the player community and dev team involved in it?

Empowering players has been key to our success. It gives them more to do, and means we have less to do to keep everything running. Most of Arelith's story has been created by the players, using the sandbox we've created -– the admin team focuses purely on maintaining the environment (and sometimes playing ourselves!).

Countless MMOs have come and gone since we started, but we've always seen players returning back to us after trying them. While fresh graphics lure players to them for a time, they consistently come back because they aren't getting the same immersive Dungeons & Dragons roleplaying experience anywhere else.

To quote veteran player TheRamblingMidget, "It's all about the stories. Every single player is constantly contributing to the plots that they are involved in, drawing inspiration from their lives and building on what they've seen in game. Every story is a new one and all are continuously evolving, and no one can predict how they're going to end -- not even the players involved. It never gets old." 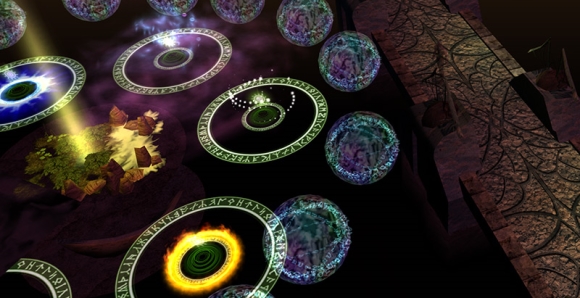 What events have you run in the past?

Too many to count! But the most memorable are probably our April Fools' and Halloween events, where we do things like have everyone who dies rises again as a zombie to wage war on the living. For just one day we'll introduce something weird and light-hearted, then after that revert it back to normal.

We have DMs run some large-scale events every so often, but we mostly focus on players creating and driving events themselves, with the DM staff there to support and move these along. All settlements are driven and ruled by players themselves, not some static NPC.

The best part is that a lot of the history has been recorded by the players and turned into books that are found randomly throughout the gameworld. We have printing presses in-game to facilitate this kind of thing.

What makes Arelith special? Can you run me down the numbers of how big it is and what it contains?

The main world comprises three servers, with over 700 areas between them. There are around 100 players at peak times, with usually 40-70 online during normal hours. We have about 16,000 unique player accounts, with over 135,000 characters created. We have four devs, a staff of about eight to 10 dungeon masters that we rotate every six months, and another 10 people who help with additional content such as new areas or scripts.

One server has all of the main areas and dungeons from the surface world on them, another is dedicated entirely to our largest city and it's surroundings, and the third is dedicated to the Underdark, where players can play the role of monsters for a change of pace. All of them are connected at various points, and travel to and from different servers is a seamless experience.

One of the things that makes us special is our unique RolePlay Rating System (or, RPR). It's a system that rewards roleplay without the need for our admins to constantly be online to see it. This allows for players to play as merchants or tradesmen or other non-combat oriented characters and still advance in level. It's also an amazing mechanic that has encouraged people to stay in character at all times. I think it's been 10 years since I've seen anyone speak out of character.

For someone who might want to start playing today, what do they have to do to get into Arelith?

Own a copy of Neverwinter Nights and the two official expansions. You can buy it all for under $10 on GOG.com. Just connect to game.arelith.com:5121 -- that's it. No hacks, no additional downloads, no pre-approval or passwords. If you are a brand new player who just downloaded the game from an online retailer, you'll need to contact us to get a multiplayer CD Key that works, since the game is no longer supported officially by BioWare.

Since the list of features is too exhaustive to list in any one place, our players and developers have maintained a wiki that people can use to search for answers to any questions about game content that is not explained in the game itself. We also have an active forum where new players can ask questions to our very helpful veterans and staff. Our website is up and running, but we're in the middle of an extensive overhaul that will incorporate some cool features that I can't talk about.

What's one of your favorite Arelith memories as either a player or developer?

The first time we did a zombie day. It turned into a true horror movie storyline, with the living abandoning the cities and hiding out in smaller villages, then when they fell, retreating to caves... but with plenty of humour too, as zombies debated philosophy with each other (the engine translated everything to variants on 'braiiiins' and only zombies could understand each other). Or maybe the epic battle that accompanied the opening of the Baator areas of the server, when a huge PC army of Underdarkers charged head-long into the acid rain of Minauros...

Veteran player Kuma has his own tale: "The friends I've made here. In the better side of 10 years I've been playing this server, I've made some of the best friends on the other side of the planet I'd never have otherwise met, and for all its ups and downs, I am thankful for Arelith's existence for facilitating that."

What's in store for the future of Arelith?

We long ago made a commitment to continually support Arelith with new content until there comes a day when we don't have any players anymore. The players have really made us pay for that stance too, since it seems like Arelith just keeps growing, even for such an ancient game. We have a laundry list of enhancements and new systems we'd love to do, time permitting. The engine still has loads of potential.

When not clawing his eyes out at the atrocious state of general chat channels, Justin "Syp" Olivetti pulls out his history textbook for a lecture or two on the good ol' days of MMOs in The Game Archaeologist. You can contact him via email at justin@massively.com or through his gaming blog, Bio Break.
In this article: artos, classic, classic-mmos, classics, featured, game-archaelogist, interview, mark-friebus, neverwinter-night, neverwinter-nights, nostalgia, nwn, opinion, persistent-world, persistent-worlds, pw, pws, the-game-archaeologist
All products recommended by Engadget are selected by our editorial team, independent of our parent company. Some of our stories include affiliate links. If you buy something through one of these links, we may earn an affiliate commission.