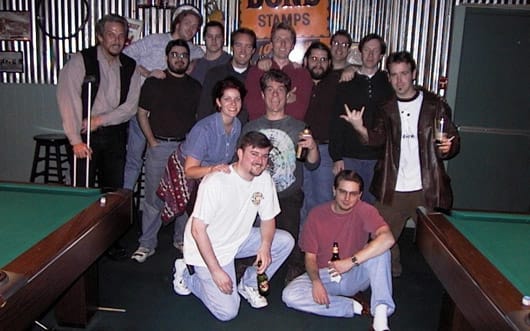 Raph Koster's thrown up a fairly fascinating blog post detailing one of his Origin projects that never saw the light of day. It was originally codenamed Star Settlers and it featured procedurally generated planets, exploration, resource management, and more.

Koster's executive bosses "blew up a huge portion of the design" in favor of fitting the fledgling game into Origin's Wing Commander IP, several online versions of which were already in the works. "Some of them had gotten pretty far -- piles of artwork, design work, and even some tech," Koster writes.

Finally a Privateer Online team was assembled, and it cranked out a prototype featuring "radically different" procedural planets, multiplayer space dogfighting, fractal ship customization, modular planetary settlement capabilities, and "a huge pile of lore" written by Wing Commander vets. Though Privateer Online was cancelled in favor of Earth & Beyond and its design docs were burned in a bonfire at Origin's shut-down party, Koster says that many of the developers went on to make Star Wars Galaxies which contained some of the same ideas.

Source: Koster's blog
In this article: classic-mmo, galaxies, game-design, game-history, origin, privateer, privateer-online, raph-koster, sandbox, sci-fi, star-wars-galaxies, swg, wing-commander
All products recommended by Engadget are selected by our editorial team, independent of our parent company. Some of our stories include affiliate links. If you buy something through one of these links, we may earn an affiliate commission.