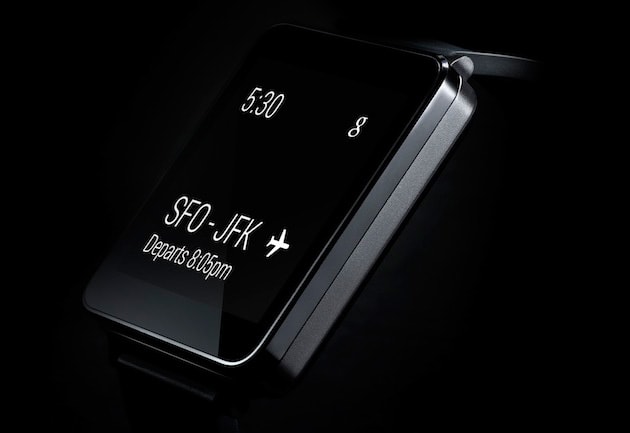 Google thinks it's finally time for smartwatches. Its Android Wear collaboration with LG goes on pre-order today in 12 countries, including the US, Canada, UK, Germany, South Korea and Japan. The G Watch might only be a wearable, but inside beats the heart of a smartphone... processor. Behind the 1.65-inch (280 x 280) IPS display, there's a substantial Snapdragon 400 chip -- the same Qualcomm processor found inside the Galaxy S4 Mini. Below, we've got the whole spec rundown, and we're told the G Watch will be available for $229.

LG is hyped about the voice recognition and Google Now integration. Speech-to-text will substitute for tapping texts out your smartphone screen, while sensors encompass a nine-axis gyro, accelerometer and compass -- a few of those are probably going to come in handy for fitness apps. Storage weighs in at 4GB, with 512MB of memory for support, although we're not quite sure what we'll use those four gigs for, given that the Android Wear device doesn't seem to record or store anything. There's a 400mAh battery (making it bigger than Samsung's Android Wear device) and it's all IP67 dust- and water-resistant, hewn from stainless steel and paired with matching silicone bands -- black for the Black Titan model and white for the White Gold one. If you've got a fancy leather band that's aching for a taste of the future, however, any 22mm strap will work, and LG says it's launching its own collection of bands in the near future.

Source: LG
In this article: androidwear, google, googleio, googleio2014, gwatch, lg, mobilepostcross, video
All products recommended by Engadget are selected by our editorial team, independent of our parent company. Some of our stories include affiliate links. If you buy something through one of these links, we may earn an affiliate commission.