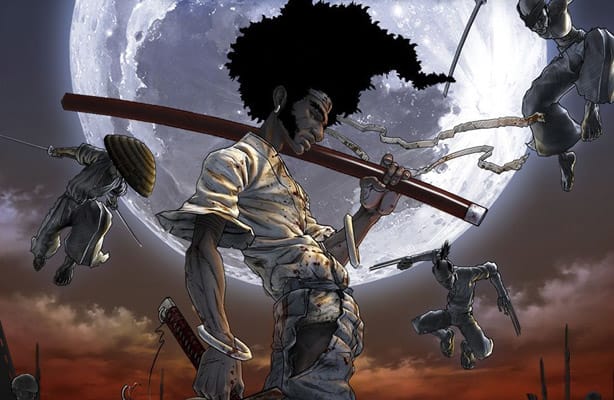 The Banner Saga publisher Versus Evil revealed that it is publishing a follow-up to Namco Bandai's 2007 PlayStation 3 and Xbox 360 action game Afro Samurai for next-gen consoles and PC platforms.

Afro Samurai's sequel is developed by Redacted Studios, a developer founded by former Namco Bandai senior producer David Robinson. Polygon reports that Robinson worked on the first Afro Samurai while at Namco Bandai, and retained the rights to produce additional games in the series after his departure.

Versus Evil notes that its Afro Samurai sequel will feature a new storyline, new playable characters, and improvements on the original game's dismemberment mechanics.

(Austin, TX) June 25th, 2014 -- Indie publisher, Versus Evil, is proud to announce they have added two new titles to their lineup: Kyn and a game based on the Afro Samurai animated series. The team also announced plans to launch Habitat on Steam's Early Access program on July 8th and that The Banner Saga will be launching on mobile devices this summer. Finally, a vastly improved Dragons and Titans was also on display at their inaugural press event, showcasing the latest game updates, the newly released Act 4 story driven adventure mode, and the latest weapon and dragon releases.

The Afro Samurai sequel is in development at Redacted Studios for next gen consoles and PC. This upcoming third person action adventure includes an original storyline, new playable characters, and improved special moves and combos which firmly establishes the franchise as the undisputed leader in dynamic dismemberment.

Kyn, a witty Viking inspired role-playing, strategy game featuring team based combat, exploration, and deep crafting systems is set in an original and unique fantasy world where magic and the environment work hand in hand to overcome all obstacles. Kyn is in development for PC, Mac and Linux by Tangrin, an independent video game studio based in the Netherlands.

"Working with independent studios is truly rewarding and we couldn't be happier to add Redacted Studios and Tangrin to a growing list of top indie studios," said Steve Escalante, general manager of Versus Evil. "Afro Samurai and Kyn are two excellent and promising titles that we are privileged to be publishing. The talent present within these studios is simply amazing and we are really excited to work with them to bring these games to the market."

More details about the Afro Samurai game will be released over the coming months. To learn more about Kyn please visit: http://www.kyngame.com

Versus Evil, in partnership with indie developer 4gency, also announced today that Habitat, will be coming to Steam's early access program on July 8th, 2014. Gamers will be able to play a very early build of the game that will showcase just a small portion of the full feature set of this exciting new strategic space survival game. The early access build will be for PC, Mac and Linux.

Finally, Versus Evil and Stoic also officially announced that their critically acclaimed tactical RPG The Banner Saga will be coming to mobile platforms this summer. More details will be revealed soon.

Versus Evil is an independent video game publisher focused on working with talented independent game developers for all platforms. The company's philosophy centers on building relationships by giving development teams the level of support they need so they can focus on making the games they want to make. For more information visit: http://vsevil.net/ © Versus Evil LLC. 2013-2014. All rights reserved.

Tangrin is a dutch independent game studio founded in 2010. The dynamic two-person team are first and foremost gamers, building the games they like to play; fun and intelligent, with a strong focus on challenging, but rewarding gameplay. Their first game, Kyn is currently in development for the PC, Mac and Linux operating systems.

GONZO K.K. is a globally-focused Japanese media company founded in February 2000. The company produces cutting edge entertainment for teens and young adults via the critically acclaimed GONZO animation brand. GONZO K.K. is a world leader in content development that targets both domestic and international audiences utilizing Japan's trend-setting animation culture and, usually, GONZO controls licensing management and international distribution for the content it produces. Gonzo is the only Japanese animation studio to be nominated and win an Emmy Award. (Afro Samurai: Resurrection)
In this article: afro-samurai, microsoft, pc, playstation, ps4, redacted-studios, versus-evil, xbox-one
All products recommended by Engadget are selected by our editorial team, independent of our parent company. Some of our stories include affiliate links. If you buy something through one of these links, we may earn an affiliate commission.