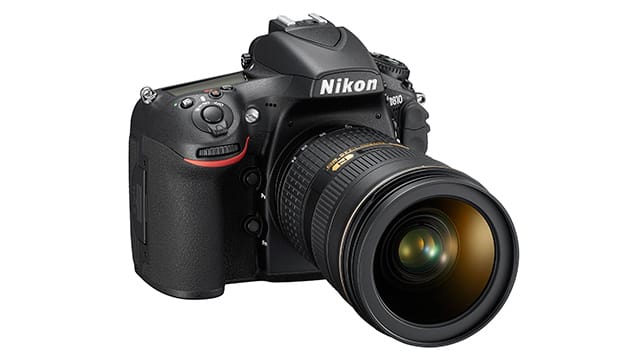 It's been two years since Nikon's D800 and D800E SLRs hit the scene, and that's just about an eternity for gadget nerds. What exactly has Nikon been doing since then? Well, aside from working on top-tier beauties like the D4 and D4S, it's also been working on a proper successor to the D800 line. Surprise, surprise: it's called the D810, and it's about the sort of leap forward you'd expect from a modest model number jump. Nikon didn't reinvent the wheel as much as refined a formula that's already served the company well. Consider the sensor at the heart of the affair: the '810 sports a 36.3 megapixel sensor, but it's a far cry from the ones spotted in its forebears despite the similar resolution. Nikon says it's designed to produce sharper, clearer images, especially since it works in tandem with the company's EXPEED 4 processing engine (which first debuted on last year's D5300). Then there's the fact that Nikon pulled out the optical low pass filter present in the D810's most recent ancestor -- the change means you'll probably be able to squeeze even more nuance out of your shots, at the risk of possibly introducing moiré effects. Want more? Nikon has pumped up the ISO ceiling to 12,800 (or as high as 51,200 when you dip into Hi-2 mode), though we'll see what sort of grain gets added to the mix.

Aside from those internal changes, the D810 is going to feel awfully familiar. The control cluster has been changed up a bit, and the 3.2-inch LCD has received a much-needed resolution bump. Alas, we're halfway through 2014 and Nikon still decided against tricking this thing out with 4K video recording, though it'll still handle 1080p footage at all the usual framerates. Interested? Who could blame you? Just be prepared to hear your wallet groan just a bit -- the D810 will set you back a cool $3,300 sans lens when it hits store shelves some time this July.

Correction: An earlier version of this story referred to the D810 as a medium format camera when it in fact sports a full-frame FX sensor.

In this article: camera, d810, nikon, nikond810, slr
All products recommended by Engadget are selected by our editorial team, independent of our parent company. Some of our stories include affiliate links. If you buy something through one of these links, we may earn an affiliate commission.