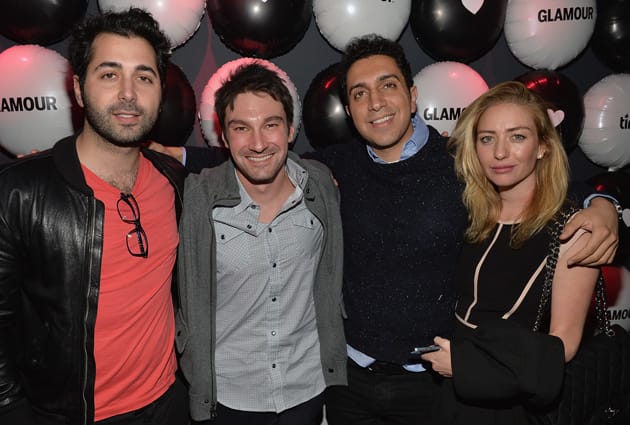 The corporate culture at Tinder HQ is about to get a public airing, now that its female co-founder and former VP of marketing has raised a lawsuit over allegations of sexual harassment and discrimination. Whitney Wolfe (top right) claims that she was sent inappropriate messages by one of Tinder's male co-founders, Justin Mateen (top left). These messages have been submitted as evidence, as you can probably tell from the spooked tone of the company's official response:

"...it has become clear that Mr. Mateen sent private messages to Ms. Wolfe containing inappropriate content. We unequivocally condemn these messages, but believe that Ms. Wolfe's allegations with respect to Tinder and its management are unfounded."

Tinder says Mateen was suspended as soon as the allegations came to light, and it's now conducting an internal investigation. Meanwhile, Wolfe's case further includes allegations that Mateen pursued her romantically and then publicly insulted her, calling her a "whore" and a "desperate loser," when their relationship turned sour. More fundamentally, she also says that she helped to create the dating app, including coming up with the name "Tinder," but says she was stripped of her co-founder title in case her age and gender damaged the company's perceived valuation. Of course, Tinder could now be exposed to precisely this sort of damage as a result of the lawsuit, especially now that Mateen's offensive messages have been revealed to the public -- just like those of another startup heavyweight.

Via: TechCrunch, BBC Newsbeat
Source: Rezlaw
In this article: dating, discrimination, justin mateen, lawsuit, mobilepostcross, sexual harassment, tinder, whitney wolfe
All products recommended by Engadget are selected by our editorial team, independent of our parent company. Some of our stories include affiliate links. If you buy something through one of these links, we may earn an affiliate commission.