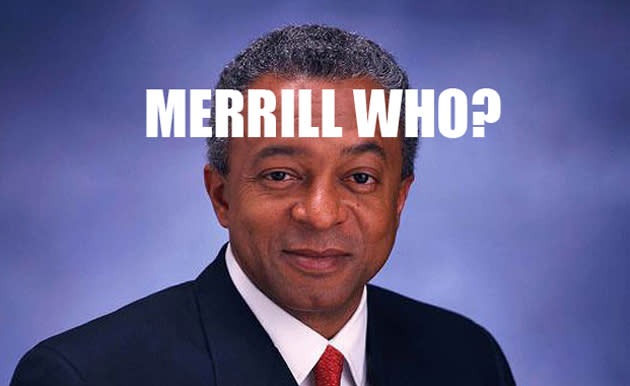 Welcome to the happy Google search page. Where links to historical articles can be deleted at the request of cowards people with fragile reputations. Where the former boss of Merrill Lynch, Stan O'Neal, is a fresh, dynamic and highly employable banker, rather than a disgraced executive who contributed to the sub-prime lending crisis of 2007. Where truth-telling journalists like Robert Peston wake up to find that their articles have been cast into oblivion within the EU, thanks to a blanket ruling by a bunch of clueless lawyers the European Court of Justice. Where facts and opinions no longer count for anything if someone, somewhere doesn't like them.

(A list of other Google search terms that have so far been affected by the new "right to be forgotten" can be found here -- although in none of the cases do we have any information about who objected to them, or why.)

Update: Reuters and The Guardian are reporting that some links have been restored (not the one to the story about Stan O'Neal), although, as Danny Sullivan points out on Twitter, they may not have been pulled at all. The European Commission has also distanced itself from Google's takedown action, saying that the EU's ruling shouldn't allow people to "photoshop their lives."

Sullivan's blog post on Marketing Land goes into more detail, specifically outlining why it's so difficult to figure out exactly who made the request in the first place, and what's being hidden. In addition, Peston has updated his BBC article saying "It is now almost certain" the request came from a commenter, not O'Neal himself, since EU-Googling the former exec by name still lists the article as a result. We've contacted Google for more information and will update the post if we hear anything else.

In this article: ceo, ecj, google, merrill lynch, right to be forgotten, robert peston, Stan ONeal
All products recommended by Engadget are selected by our editorial team, independent of our parent company. Some of our stories include affiliate links. If you buy something through one of these links, we may earn an affiliate commission.