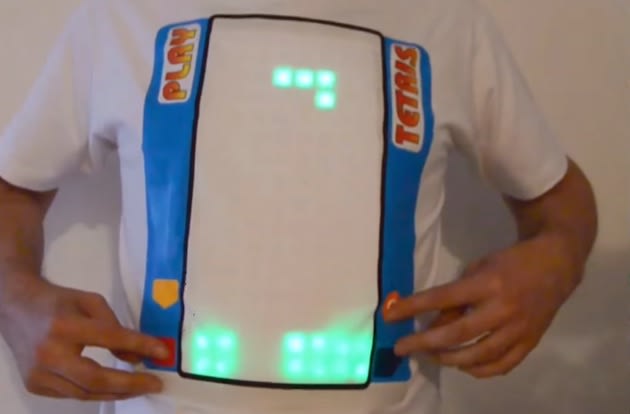 In the 30 years since Alexey Pajitnov first launched Tetris, the world's most popular game has regularly been immortalized in fashion. Luxembourgian Mark Kreger wanted to do the same, but instead of cooking up a colorful print, he's staving off boredom with something much more interactive: a playable Tetris T-shirt. Featuring 128 LEDs powered by an Arduino Uno microcontroller, Kreger's marvellous tee requires only four rechargeable AA batteries to power the game. It'll keep score and display level numbers -- the only thing it appears to be lacking is the super-funky soundtrack.

Via: Time
Source: Mark Kerger (YouTube)
In this article: arduino, game, t-shirt, tetris
All products recommended by Engadget are selected by our editorial team, independent of our parent company. Some of our stories include affiliate links. If you buy something through one of these links, we may earn an affiliate commission.