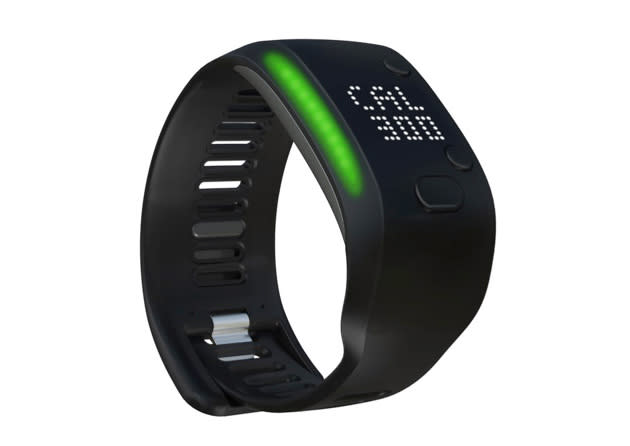 Unsurprisingly, a big part of the Fit Smart is Adidas' miCoach technology and ecosystem. "What we did, by working with elite coaches, was bring an experience to help people set weekly goals and training plans," Paul Gaudio, GM of digital sports at Adidas, told Engadget about the practicality of the companion miCoach apps. "We took the things that have been very successful and implemented them here with the Fit Smart." Gaudio also emphasized that the Fit Smart isn't just for zealous athletes, telling us, "It is about encouraging people to get active and stay active. It can also be a motivational tool; it can coach you to be better."

The question is whether that'll be enough to lure you into shelling out $199/£179/€199, which is what the new Adidas wearable will cost when it goes on sale "late" next month.

In this article: Adidas, Adidas miCoach, AdidasmiCoach, Fit Smart, Fitness, FitSmart, hands-on, miCoach, miCoach Fit Smart, wearable
All products recommended by Engadget are selected by our editorial team, independent of our parent company. Some of our stories include affiliate links. If you buy something through one of these links, we may earn an affiliate commission.