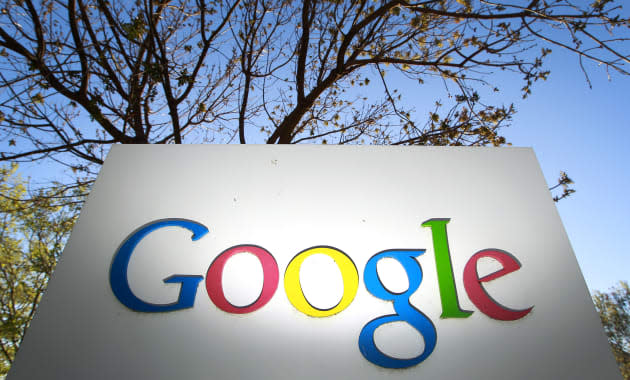 To no one's surprise, Google -- the company that builds everything from web email services to self-driving cars -- has once again climbed the revenue charts. Today in its quarterly earnings report, the Mountain View company reported it's raked in $15.96 billion in revenue this quarter, which is about a 22 percent growth year-over-year. And, as you might expect with Google, a bulk of that cash comes from good ol' advertising -- about 90 percent, in fact. But the chatter wasn't all about search and advertising in today's earnings call -- the company also alluded to other notable successes such as Google Shopping Express, Chromebooks and, yes, Epic Rap Battles of History.

Even though Google didn't break out the exact percentage from which it gains that aforementioned ad revenue, it's clear the company is focused more than ever on leveraging the advertising dollars it gets not just from search, but also via other services such as YouTube and Google Play. Indeed, Nikesh Arora, the current Chief Business Officer for Google -- who, incidentally, has announced he'll be leaving the company for SoftBank -- spent quite a bit of time in the call talking video.

"Video is at the forefront of our efforts," he said. Notably, he called out the professionally created content on YouTube, pointing out channels like Epic Rap Battles of History and internet celebs like Michelle Phan that add value to the streaming service. Digital sales on Google Play continue to do well too, and he credits partnership deals with providers like CBS and Viacom as part of its success. As for whether Google was open to making money not just from advertising but from subscriptions too, CFO Patrick Pichette said they're still experimenting with different ends of the spectrum, but it's fair to say they "have a horse in every one of these races."

"We're living in a multiscreen world," continued Pichette, stating that the fact that video can be viewed not just on your tablet, but also on your TV via Chromecast, makes the revenue possibilities very intriguing. This is ostensibly the reason why the company didn't break out mobile revenue from desktop -- as it all sort of flows together -- but it could also point to the fact that it's not doing as well in the mobile ad biz.

Stepping away from advertising, Arora also drew attention to the considerable success of Google Shopping Express, saying he didn't know anyone who didn't like it. "It has tremendous results," he said, stating that it's "clearly an opportunity for us." The focus for the delivery service will remain local, even as they cater to large businesses as well as small ones. "There continues to be amazing demand for the product." Not to leave Chrome out, Arora said that over a million Chromebooks have been sold to schools and that the Chromecast's popularity continues to grow.

As for those moonshot projects like self-driving cars? Well, the company said that it'll still invest in them and will keep a close eye as to how that money is allocated, but it'll certainly take a long time for any of those to turn a profit. In the meantime, we'll cross our fingers for an epic rap battle starring Larry Page and Sergey Brin.

In this article: earnings, financials, google
All products recommended by Engadget are selected by our editorial team, independent of our parent company. Some of our stories include affiliate links. If you buy something through one of these links, we may earn an affiliate commission.