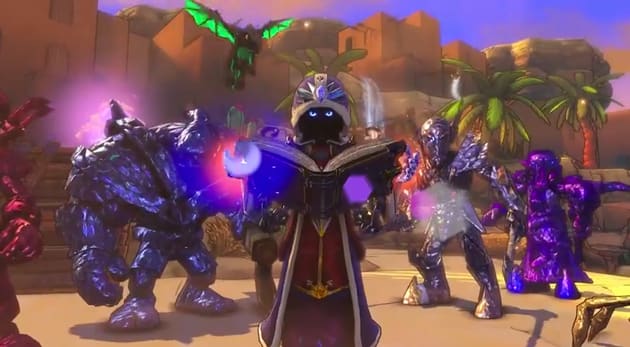 So far, sophisticated 3D web games have typically required either a plugin (think Quake Live) or a special environment where they can run native code. While those are just dandy, they aren't really web games, are they? That's going to change shortly, as Trendy Entertainment has revealed plans to launch truly web-based versions of both Dungeon Defenders Eternity and the upcoming Dungeon Defenders II. Both Unreal Engine-based titles use a mix of open standards like WebGL, Web Audio and Mozilla's heavily tuned JavaScript web code (asm.js) to handle desktop-level 3D and sound in your browser at "near native" speeds. You may not notice the difference at all, provided you're on a reasonably quick PC.

If you're interested in giving either base defense game a spin, you might want to check out the Firefox 31 update arriving at the same time. Mozilla's latest browser includes tweaks for game-related performance, as well as some handy features whether or not you intend to play; it enables parental controls on supporting sites, malware blocking for downloads and a search field on the new tab page. You don't need Firefox if you're only eager to try Dungeon Defenders, but you may want to swing by the source links to see if anything else in the upgrade tickles your fancy.

Source: Mozilla Blog, Firefox Notes
Coverage: Joystiq
In this article: asm.js, dungendefenderseternity, dungeondefenders, firefox, gaming, javascript, mozilla, ParentalControls, prefersafe, trendy, trendyentertainment, unrealengine, unrealengine3, video, web, webgl
All products recommended by Engadget are selected by our editorial team, independent of our parent company. Some of our stories include affiliate links. If you buy something through one of these links, we may earn an affiliate commission.