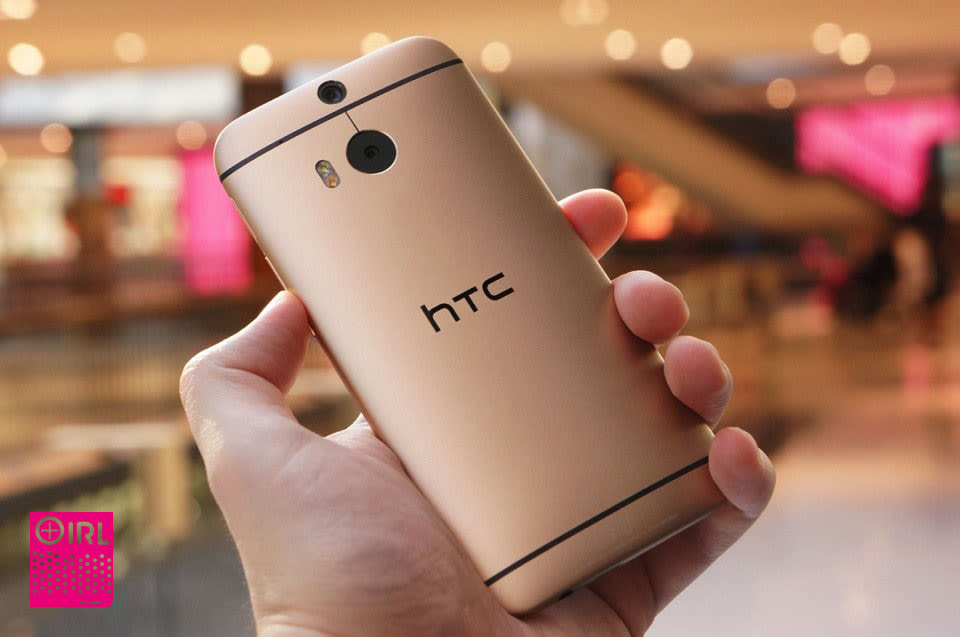 The original HTC One was one of my favorite smartphones from 2013, but it was easy to see why you'd pass it up in favor of an archrival like Samsung's Galaxy S4 -- it just didn't have the battery life, camera quality or expansion to keep up. Fast-forward to 2014 and it's a different story. Most of those headache-inducing flaws have been fixed in the new One; indeed, my colleague Brad Molen suggested it was an all-around better device. But is that enough to avoid a twinge of buyer's remorse, especially with the Galaxy S5 and Sony's Xperia Z2 upping the ante? I spent a few weeks with the new One to find out whether I'd still be pining for features from those other devices.

I certainly didn't miss the designs of other phones. Simply put, the newer One has the best construction I've seen on a handset in some time. As much as I like the iPhone 5s' precious-feeling body, it doesn't have the solidity or eye-catching looks of HTC's handset. It exudes quality compared to the GS5's thin plastic shell, and it's certainly more tolerant of abuse than the glass-backed Z2. Yes, the One is a bit too tall and slippery, but I got used to that over time. It honestly feels like more a labor of love from passionate users -- which it is -- than the product of a committee. Oh, and if you're wondering about color choices? I prefer the gunmetal-gray hue, but the gold model (really, rose gold) is just subtle enough that I wasn't self-conscious about using it in public. The grainy matte texture also makes it a tad easier to hold than the gray variant.

There are a few pleasant surprises under the hood, too. The One has more than enough battery life to keep up with my weekend routine, which involves a deluge of Instagram photos and Twitter conversations. More often than not, I had to fight to get the battery below the halfway mark after several hours of heavy use; almost every other recent phone I've used runs perilously low under similar conditions. And while people might malign the camera (sometimes for the right reasons), it's generally better-suited to my uses than some alternatives. I tend to take a lot of low-light and macro photos, and the One rarely let me down where some phones I've tried (particularly the GS4 and Galaxy Note 3) produced dark, blurry messes. HTC's sensor still tends to blow out highlights in daylight photography, but not often enough to sour the experience.

It might sound like I'm fawning over the One, but there were a few quirks that got on my nerves. The keyboard would occasionally become insensitive while I was typing and would need a bit of cajoling to respond again -- this was consistent across several devices I tried, so it's clear there's a bug. And HTC desperately, desperately needs to improve the camera resolution. I could often work around it by framing my shots carefully, but I sorely missed the ability to crop detailed images from tiny portions of full-size photos. For the next One, I'd like to see HTC accept its competitive reality and increase the rear camera resolution beyond four megapixels, even if it means giving up some of that vaunted light sensitivity.

As such, I found myself missing the cameras from other phones, particularly the iPhone 5s or LG's G3 (both of which strike a good balance between resolution and low-light ability) and newer Lumias like the 1020 or Icon (which sacrifice very little). However, the omission wasn't enough to make me regret trying the One. The G3 and next iPhone would undoubtedly prove tempting, but I'd be more than happy to stick with HTC's hardware for a couple of years.

We've shared our experience with the HTC One M8, and now it's time for you to share yours. Head over to our product database to write your own review -- and be sure to join the forum discussion to share your experiences with fellow users!

In this article: engadgetirl, htc, HTC one, htc one m8, htcone, htconem8, irl, m8, mobilepostcross, one m8, onem8
All products recommended by Engadget are selected by our editorial team, independent of our parent company. Some of our stories include affiliate links. If you buy something through one of these links, we may earn an affiliate commission.