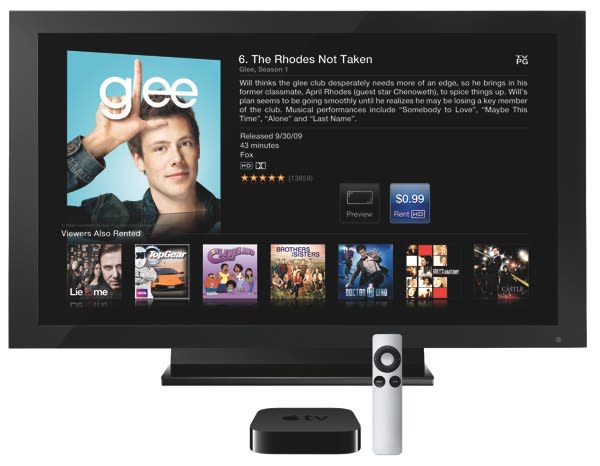 Despite years of rumors about what Apple might, could or should do to revolutionize the TV experience, the company hasn't done much beyond releasing (and occasionally updating) its Apple TV set-top box. The Information reports that engineers working on the long-rumored project to go further, have been told not to expect a launch this year, and are targeting 2015. If true, the leaks today reflect mostly the same situation as they did about two years ago, with Apple trying to talk cable operators and studios into a sort of joint operation. That way, viewers could watch live TV or cloud-stored recordings / VOD (plus apps and gaming) all through Apple's box and UI. Of course, working out how everyone will get paid and trying to convince operators like Comcast to give up their hold on the (often troubling) relationship with customers hasn't been easy and the usual "people in the know" say those negotiations are to blame for the slow progress.

Source: The Information
In this article: apple, appletv, comcast, delay, hdpostcross, rumor, television, tv
All products recommended by Engadget are selected by our editorial team, independent of our parent company. Some of our stories include affiliate links. If you buy something through one of these links, we may earn an affiliate commission.