'Dunkirk’ demands to be experienced in a theater

Christopher Nolan is no fan of Netflix's movie strategy

Intel made a VR tie-in for Christopher Nolan's 'Dunkirk' 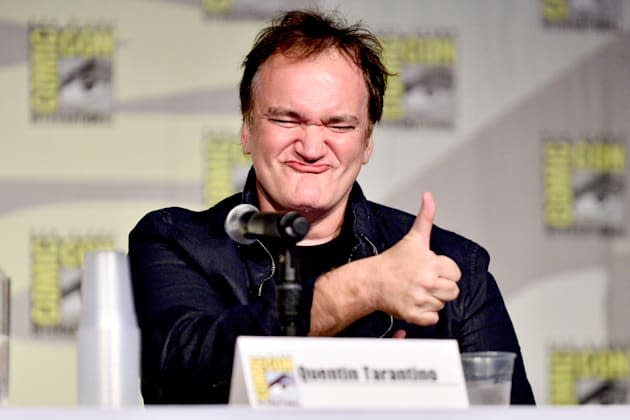 The movie industry has seen its share of struggles as we transition into a digital future, and likely no one has felt the pinch more than film company Kodak. The struggling outfit is getting a life-raft, though, in the form of several studios committing to buy a set amount of celluloid per year regardless of if any of their movies are even made using film. As The Wall Street Journal tells it, directors J.J. Abrams, Judd Apatow, Christopher Nolan and Quentin Tarantino -- all who've professed their love for celluloid quite publicly -- were part of the lobbying council for the business deal. Why? Because they adore the look and feel of working with the physical format. Nolan's Interstellar and Abrams' upcoming Star Wars are both being shot on film, but for better or worse, though, these filmmakers are a dying breed.

Kodak's film sales have fallen a massive 96 percent since 2006, from 12.4 billion feet down to a paltry 449 million feet this year, largely because adding special effects and post-processing is faster when the source is a digital file to start. Ironically enough though, film is the only constant storage medium with digital movies even being scanned to it for archival purposes.

Film has a certain patina to it, though, with its grain, color reproduction and slight imperfections that a video-based movie just doesn't compare to. And unlike digital, you can pull a reel out of the can from the 1930s and it'll work on essentially any projector. That sounds almost trite until you stop to think about how many digital formats we've moved through in the past twenty years. It's something that's explored in detail in the documentary Side by Side, which turns the camera on filmmakers and gives insight into the divide between the two recording formats. Nolan is featured heavily in that, and his recent op-ed in WSJ echoes a lot of the points he made in the doc; that the likes of Netflix and the ubiquity of content on screens won't replace people actually getting out to the theater.

In this article: ChristopherNolan, disney, hdpostcross, JjAbrams, JuddApatow, kodak, QuentinTarantino, UniversalStudios, WarnerBros
All products recommended by Engadget are selected by our editorial team, independent of our parent company. Some of our stories include affiliate links. If you buy something through one of these links, we may earn an affiliate commission.