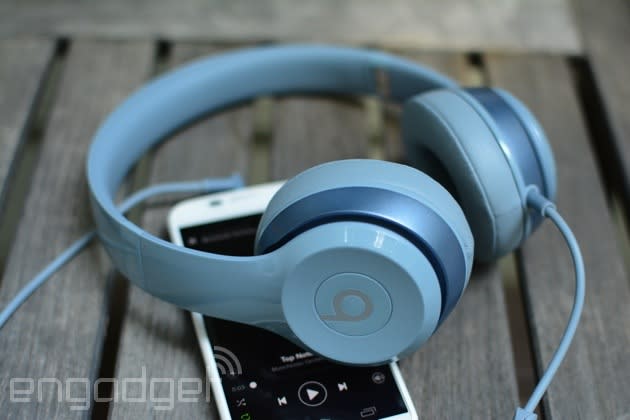 A smidge over two months after Apple announced its plan to nab Dr. Dre's headphone and music streaming interests, the folks in Cupertino have officially welcomed Beats to the family. The US government didn't seem to take issue with the purchase, giving the final stamp of approval. Both sides have also posted statements on their respective sites celebrating the union that's now a done deal. The $3 billion dollar purchase of the Beats brand brings not only popular audio devices and a personalized streaming service into Apple's fold, but also the talents of CEO Jimmy Iovine, Dr. Dre and music head Ian Rogers to the table for future projects. In the meantime, if you're looking to purchase from Beats, it has moved sales to the new owner's online store.

Welcome to the family---Jimmy, Dre, Luke, Ian and the entire beats team! http://t.coqECVlXlYQZ

Source: Apple, Beats
In this article: apple, approval, audio, beats, beatsbydre, beatsmusic, headphones, portableaudio
All products recommended by Engadget are selected by our editorial team, independent of our parent company. Some of our stories include affiliate links. If you buy something through one of these links, we may earn an affiliate commission.