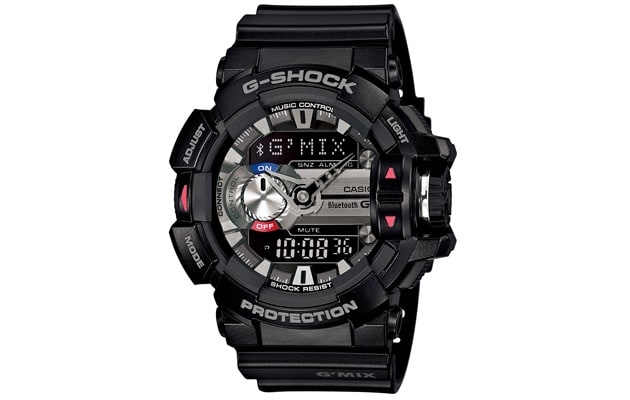 Casio's team of smart-ish G-Shock watches is getting a new member next month that's fixated on finding new music. The romantically named GBA-400 retains the same smartphone-friendly features that we've already seen, but this time you'll be able to control music playback right from the bezel. The biggest feature, however, is that discovery app SoundHound has been baked into the accompanying G'Mix app. Once you've Shazamed, uh, SoundHounded the track, its details will pop up on the timepiece's built-in LCD display, which we have to admit, is pretty neat. If you're interested in picking one up, you'll have to take a trip to Japan, where it's launching on September 19th, priced at 23,000 yen (around $225) plus tax.

Source: Casio (Translated)
In this article: Casio, G-Shock, GBA-400, Wearables
All products recommended by Engadget are selected by our editorial team, independent of our parent company. Some of our stories include affiliate links. If you buy something through one of these links, we may earn an affiliate commission.