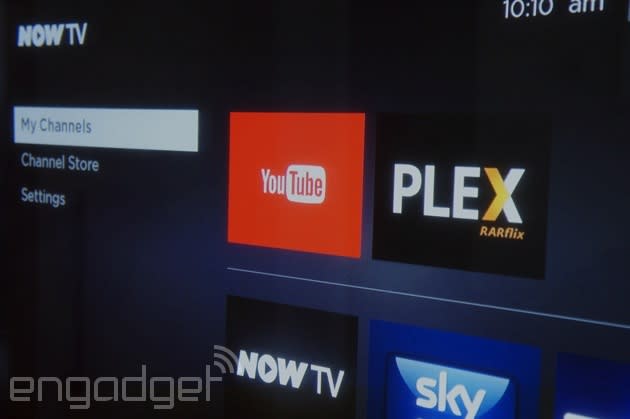 Sky's done a reasonable job of bringing new channels to its Now TV set-top box, especially given the rebranded Roku is just a vehicle for selling short-term entertainment and sports passes to the contract-adverse. Today, that £10 box gets a little bit more useful, with the addition of an official YouTube app to the Now TV channel store. Sky can take credit for giving it the green light, but its arrival is no big surprise when the channel launched across the entire Roku range a few months ago (after being exclusive to the Roku 3 for a time). It's been possible to watch YouTube content on the Now TV box through third-party channels such as Plex, but the official app has a much better interface for searching and browsing. Unfortunately, it's slow to navigate to the point of frustration, but if you want to catch a quick fail compilation while the kettle's boiling, it'll do the trick.

In this article: bskyb, hdpostcross, nowtv, sky, skynowtv, youtube
All products recommended by Engadget are selected by our editorial team, independent of our parent company. Some of our stories include affiliate links. If you buy something through one of these links, we may earn an affiliate commission.