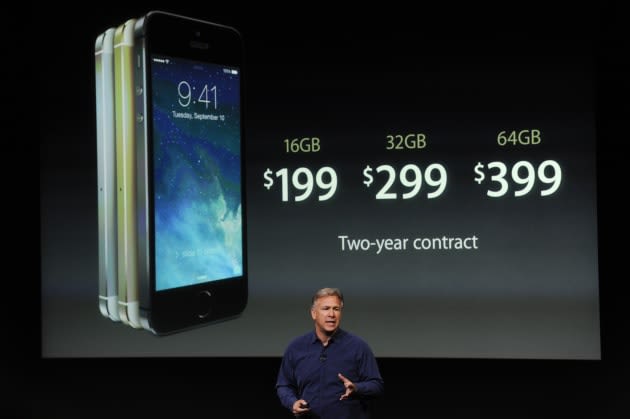 Grab that box of sodium chloride, folks -- it's rumor time. Re/Code is reporting that Apple will hold its next iPhone event on September 9th. And while any publication can pull a date out of the hat and report on it, this particular entity has a good track record predicting Apple events (even when it was AllThingsD). This date places it just a few days after Samsung's upcoming product launch at the IFA trade show in Berlin; traditionally, this is where the Korean manufacturer announces its next Note flagship smartphone, so it's not too hard to see Apple taking on its arch rival with a similar-sized product. According to rumors, the company plans to introduce a 4.7-inch and 5.5-inch version of its next iPhone. Still, nothing's set in stone, so we'll let you know as soon as we get official word from Cupertino.

Update: Both Bloomberg and the Wall Street Journal are also corroborating the September 9th report with their own sources.

Source: Recode
In this article: apple, event, ios, ios8, iphone, iphone6, mobilepostcross, report, rumor
All products recommended by Engadget are selected by our editorial team, independent of our parent company. Some of our stories include affiliate links. If you buy something through one of these links, we may earn an affiliate commission.