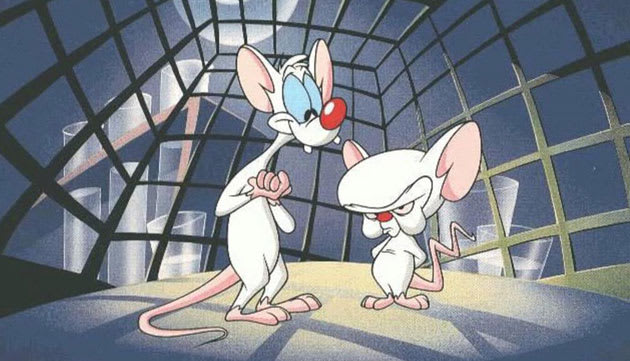 It's a good excuse to shoehorn Pinky and the Brain on to the site, but scientists have managed to graft neurons reprogrammed from skin cells into the brains of mice. It isn't the first time that's been done, but it is the first time the researchers have had any luck with the neurons surviving into long-term stability. Better still, six months after implantation, the neurons had become fully-functional inside the brain. Cell replacement therapy would be able to treat neurodegenerative diseases like Parkinson's, replacing non-working neurons with new cells reprogrammed from elsewhere. It's still a ways off, however, according to stem cell research head Prof. Schwamborn: "I am sure successful cell replacement therapies will exist in future. Our research results have taken us a step further in this direction."

Source: Alpha Gallileo
In this article: brain, cells, mice, neurons, science, stemcell, stemcells
All products recommended by Engadget are selected by our editorial team, independent of our parent company. Some of our stories include affiliate links. If you buy something through one of these links, we may earn an affiliate commission.