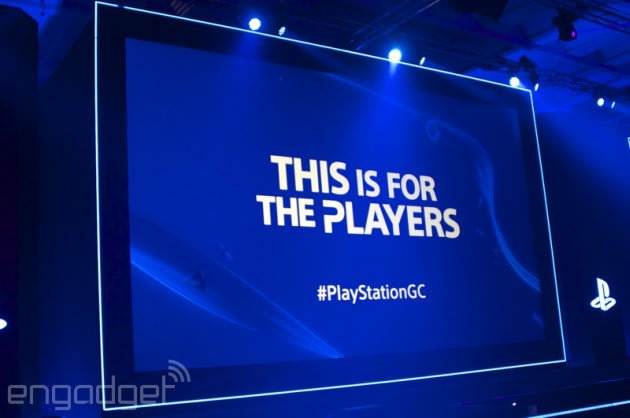 At its Gamescom press conference, Sony has just announced its big upcoming software update for the PS4. System update 2.0 will bring the PlayStation Now-powered "Share Play" feature that lets your friends join in from anywhere to play together or take over the controls -- even if they don't own the game you're playing -- and video uploads directly to YouTube along with a native app for the service. It's due this fall and will add more features including "friend-of-friend" activity in the What's New section, instant access to friends and recently played broadcasts plus the ability to search by real names. Sony says it has more to announce in the coming months, so let us know, what do you want to see in the next big update for the 10 million+ selling PlayStation 4?

PS4 system software update 2.00 will introduce Share Play, which will enable you to virtually pass your controller to a friend

Any PlayStation Plus member can Invite a friend and play ANY of your games together. #PlayStationGC

Source: PlayStation Blog
In this article: 2.0, gamescom2014, hdpostcross, playstation4, playstationnow, ps4, share play, sony, update, youtube
All products recommended by Engadget are selected by our editorial team, independent of our parent company. Some of our stories include affiliate links. If you buy something through one of these links, we may earn an affiliate commission.