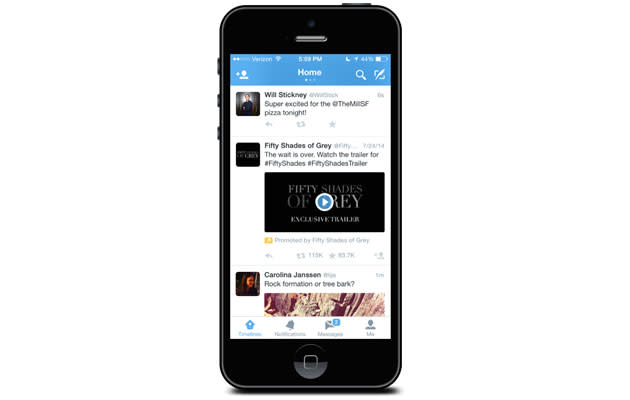 By now, you've likely scrolled past an auto-playing video advertisement in your Facebook feed. Mr. Zuckerberg's outfit has been placing those motion ads for sometime now, and it appears that Twitter is looking to do the same. Promoted Video is just that, but instead of adopting the other social network's nuisance, the 140-character option will allow users to tap play before the content begins. Thanks to the embedded Twitter Video Card that's been in testing since the spring, those moving ads are nestled into a user's timeline and can be viewed from there. While the ads are currently in beta, we'd surmise it's only a matter of time before they show up in your timeline on the regular.

In this article: ads, twitter, video, videoads
All products recommended by Engadget are selected by our editorial team, independent of our parent company. Some of our stories include affiliate links. If you buy something through one of these links, we may earn an affiliate commission.