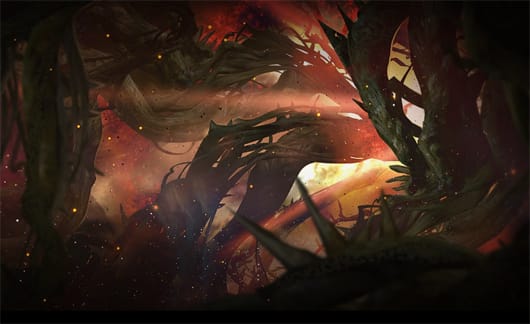 Since Guild Wars 2's humble beginnings, players have been debating the exact nature of the seemingly benevolent Pale Tree, an entity who has acted as a mother to the playable Sylvari race. Season two of the living world story has been throwing more fuel on this particular fire with almost every chapter, and this week's release of The Dragon's Reach: Part Two is no exception.

Since ArenaNet has announced a mid-season break in the story, it seems like a good time to cast our votes once and for all and ensure bragging rights for those of us who turn out to be correct. What's your favorite explanation for the existence of the Pale Tree? Click past the break to vote (but be warned that while this poll is spoiler-free, the comments may not be)!

In this article: anet, arenanet, battle-royal, buy-to-play, fantasy, featured, guild-wars-2, gw2, half-feature, leaderboard, living-world, ncsoft, one-on-one, one-vs-one, opinion, pale-tree, poll, polls, sylvari, the-dragons-reach, versus, vote, votes, voting, vs
All products recommended by Engadget are selected by our editorial team, independent of our parent company. Some of our stories include affiliate links. If you buy something through one of these links, we may earn an affiliate commission.