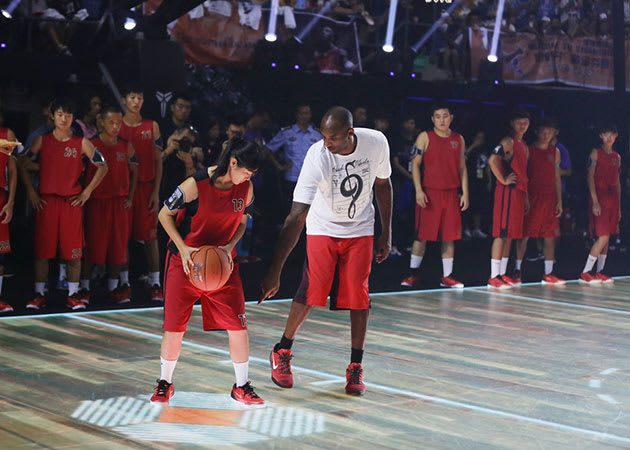 Wearables have become popular among athletes for monitoring training progress, but on its recent Rise campaign stop in Shanghai, Nike took a different approach. Inside the so-call House of Mamba, NBA star Kobe Bryant hosted 30 young players from all over China who trained on a full-sized LED basketball court -- complete with projected graphics and motion tracking. The playing surface displayed reactive visuals based on players' movements for drills based on Bryant's own regimen. A dozen athletes will compete this weekend in Beijing with three winners moving on to the Nike World Basketball Festival in Barcelona next month. Curious to see how it works? Well, there's a pair of videos after the break that show just that.

Via: Gizmodo (Sploid)
Source: Nike
In this article: basketball, basketballcourt, led, ledcourt, motiontracking, nike, sports, video
All products recommended by Engadget are selected by our editorial team, independent of our parent company. Some of our stories include affiliate links. If you buy something through one of these links, we may earn an affiliate commission.