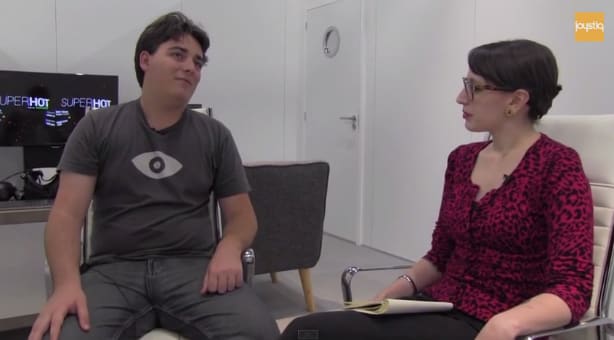 Oculus VR founder Palmer Luckey compares the future of virtual reality to the current television industry – the money isn't in manufacturing TVs, it's in creating content for those TVs.

"It's going to be the same thing with VR," Luckey said during an interview at Gamescom. "Eventually, it's going to be commoditized and the hardware differences between all the different vendors are going to be meaningless. It's all going to be about the content and the software. So I think we're actually – in the long haul, looking years or decades out – probably more on the software side."

Luckey has a clear vision for the final Oculus hardware – higher resolution, higher framerate, 1080p, 90Hz, smaller, lighter and more comfortable. Get all of Luckey's specs in our video interview.
In this article: gamescom-2014, oculus, oculus-rift, oculus-vr, OculusRift, palmer-luckey
All products recommended by Engadget are selected by our editorial team, independent of our parent company. Some of our stories include affiliate links. If you buy something through one of these links, we may earn an affiliate commission.